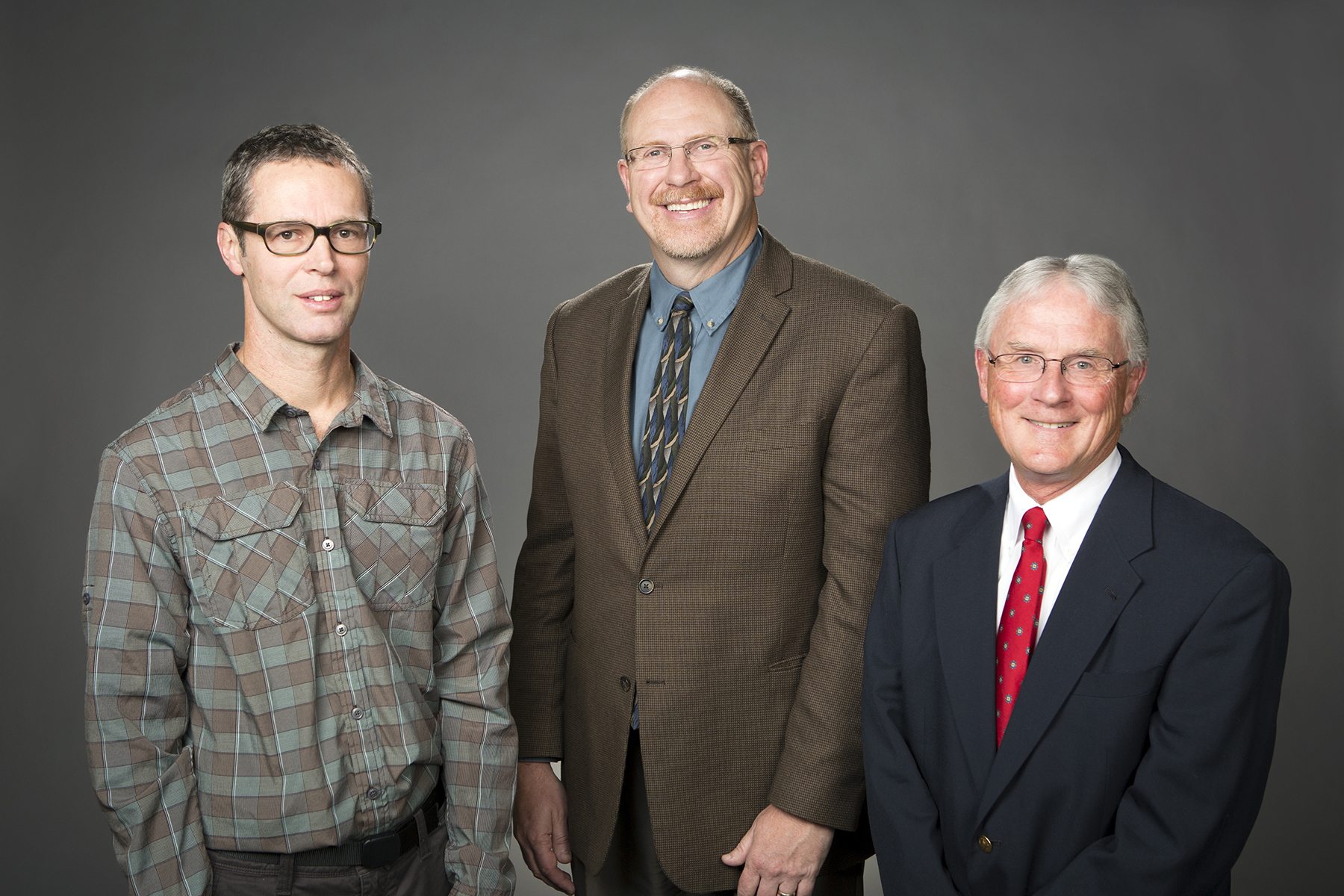 Lee Dyer, David Sanders and James Sedinger have been named the 2014 University of Nevada, Reno Foundation Professors in recognition of their research and teaching achievements. It is an honor set in stone as their names will be added to the list of Foundation Professors engraved in the granite pillars of the University’s Honor Court.

“The University of Nevada, Reno Foundation is pleased to recognize these three outstanding scholars on campus,” said John Carothers, executive director of the foundation and vice president for Development and Alumni Relations. “The Foundation Professorship provides $15,000 to those recognized.”

Department of Biology professor Lee Dyer, who joined the  faculty in 2008, is recognized for his research on the interactions between plants, herbivores and predators. His work spans ecology and evolution in climates ranging from Arizona and Nevada to Costa Rica and Ecuador.

David Sanders, a professor in the Department of Civil and Environmental Engineering, joined the University in 1990 and conducts nationally research in the behavior and design of structural concrete with an emphasis in the seismic performance of bridges. Sanders has published more than 240 research publications and has been a principal investigator or a co-principal investigator for research projects totaling more than $12 million.

James Sedinger, professor in the Department of Natural Resources and Environmental Science, joined the University in 2001 and was named Researcher of the Year in 2012 by the College of Agriculture, Biotechnology and Natural Resources. Sedinger has produced 108 peer-reviewed publications since 1984; 51 as a faculty member at the University. He plays a central role in understanding the habitat, population biology and ecology of the greater sage-grouse, whose listing as an endangered species is an important issue for the state of Nevada. He also maintains a long-term project focused on the black brant sea goose in Alaska, funded by the National Science Foundation.