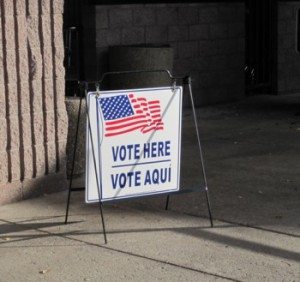 The Washoe County Registrar of Voters Office is planning for a busy primary election coming up June 10. Early voting begins in Washoe County May 24 and will run through June 6 at 10 early voting locations throughout the county.

The registrar will have polling locations open Sundays again this year. The exact hours and location of the early voting sites will be posted later this week on the front page of the registrar’s website and listed under 2014 election information.

The Washoe County registrar, Luanne Cutler, said the staff will be studying the results. “Voter turnout on Sundays has historically been very low during the primary election season so we will be monitoring the numbers, as we always do, and prepare for the future with this data.”

To be eligible to vote in this year’s primary elections citizens can register by mail or at outside agencies like the DMV by May 10. After that citizens can register to vote May 10-20 in person at the Registrar of Voters Office at 1001 E. 9th St., Reno, or on the Nevada Secretary of State’s website.