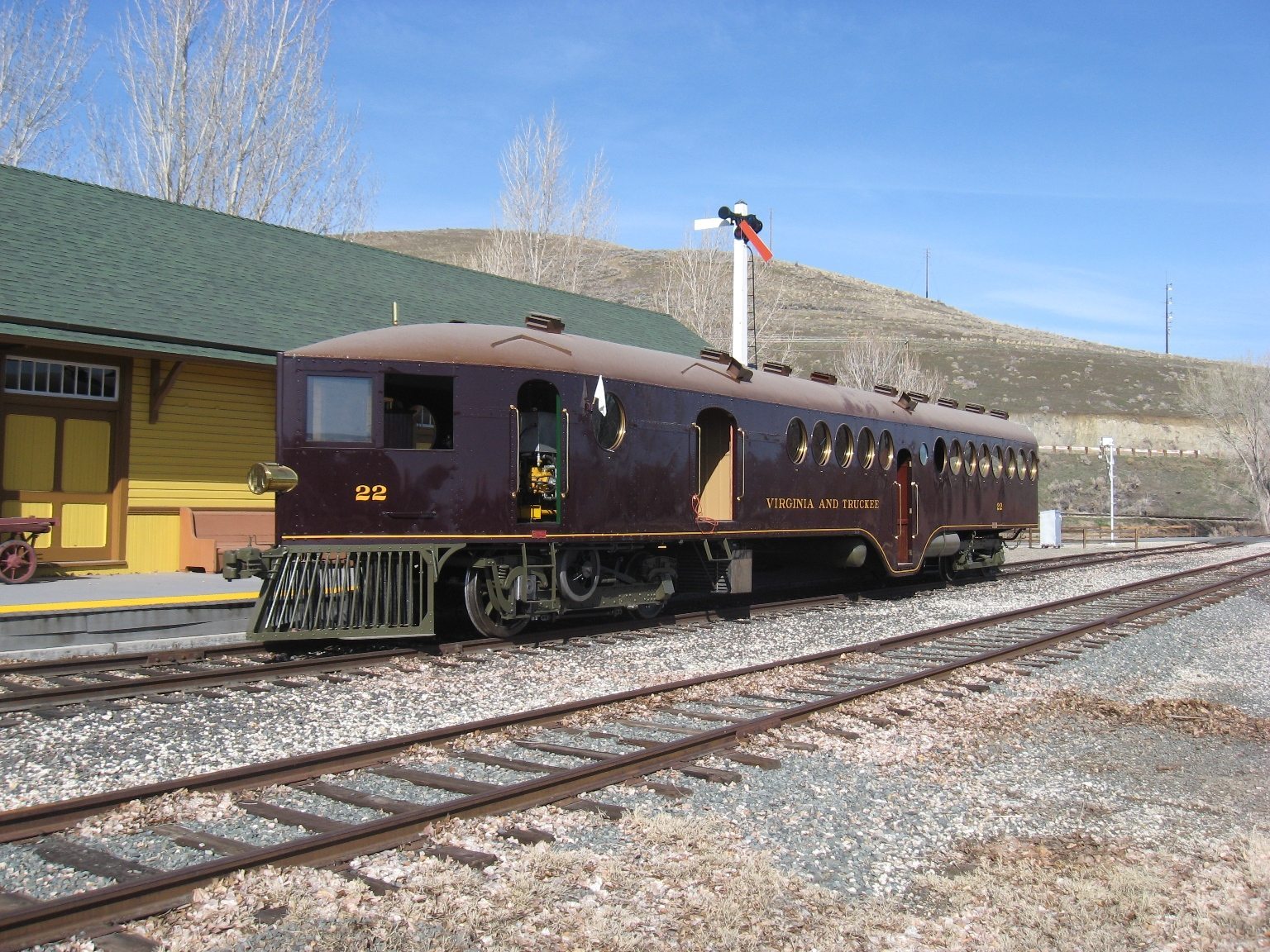 NCOT NEWS — Throughout Memorial Day weekend, May 25-27, the Nevada State Railroad Museum in Carson City offers rides on the world’s only restored McKeen motor car, Virginia & Truckee Railway No. 22. Other days to ride the unique car in 2013 will be July 4 and October 26.
“The McKeen car’s modern appearance causes surprise when museum visitors learn that its design dates back to 1905,” said Frank Ackerman, the museum’s director. “It was also the first practical application of internal combustion to rail service.” The V&T car was delivered in May 1910 for operation between Reno and Minden.

“W.R. McKeen found ways to minimize weight per horsepower without jeopardizing passenger safety,” Ackerman said, “For the body shell he used pressed-steel stampings, which had never before been part of anything this big.” Their direct-drive gasoline engines made McKeen cars unreliable, and none were built after 1920. McKeen’s concepts weren’t used again until the 1930s when streamlined trains incorporated structural features he had pioneered. The V&T McKeen car was designated a National Historic Landmark – one of only eight properties in all of Nevada with that distinction – on Oct. 16, 2012.

The car will run every 45 minutes between 10 a.m. and 4 p.m. Rides cost $10 for adults, $5 for ages 12-17 and $3 for ages 4 to 11. Children 4 and younger ride free. Exhibits inside the museum’s Jacobsen Interpretive Center tell the story of Westward expansion and railroad contributions to Nevada’s economy. The interpretive center is open from 9 a.m. to 5 p.m. Restored locomotives and railroad cars can be seen in the Museum Annex, where handcar rides are popular with families. Museum admission is free for everyone 17 or younger and $6 for anyone 18 or older.