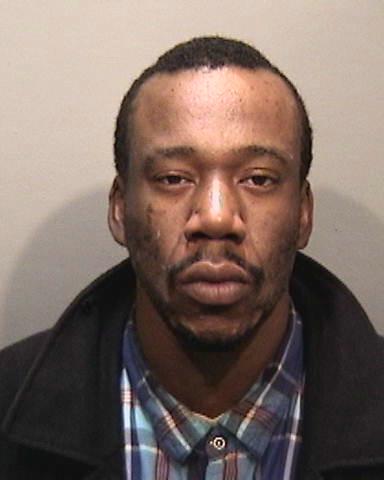 Northern Nevada’s Fugitive Taskforce, assisted by the Washoe County Sheriff’s Office (WCSO), arrested Anthony HOSKINS last evening in Reno. He was arrested, at 2397 Patton Drive, following a brief standoff. WCSO Officers were able to convince HOSKINS to peacefully surrender. HOSKINS is wanted by the Alameda County Sheriff’s Office for escaping custody on January 11th. At the time of his escape HOSKINS was awaiting trial for multiple armed robberies. Additional outstanding arrest warrants include parole violation, robbery, and failure to appear in connection with a weapons offense. Lionell IRVING, who was with HOPKINS, was taken into custody for an outstanding California probation warrant. Both individuals were booked into the Washoe County Jail pending extradition proceedings.

The Fugitive Taskforce was asked to assist with the investigation by their Northern California counterparts. The investigation to apprehend HOSKINS indicated he may be hiding in the Reno area. Due to the nature of the alleged offenses and HOSKIN’s extensive criminal history the case was made a priority. Within 8 hours of receiving the case, Reno Task Force investigators determined where HOSKINS was residing, initiated surveillance, and took him into custody. Extensive assistance was provided by the Washoe County Sheriff’s Office including ATAC and K-9 units.

District of Nevada U.S. Marshal Christopher Hoye stated, “This prompt arrest by our multi-agency task force once again shows that out of state fugitives can’t escape justice by fleeing to Northern Nevada.”

The Fugitive Taskforce, led by the United States Marshals Service, is a partnership comprised of full-time investigators from the U. S. Marshals Service, Washoe County Sheriff’s Office, Nevada Department of Public Safety (Probation & Parole), and Sparks Police Department. The team’s mission is to apprehend violent offenders by combining the resources and expertise of local, state, and federal law enforcement.