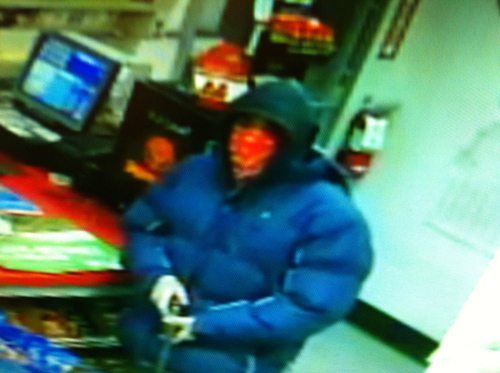 The Washoe County Sheriff’s Office Special Operations and Investigations Division is investigating an armed robbery at the Chevron in Incline Village Wednesday, Jan. 2.

At approximately 8:45 p.m., a masked gunman entered Chevron demanding money from the clerk.  During the robbery the suspect discharged a silver colored long barrel revolver inside the store.  The clerk was not injured, and no patrons were in the store.  The masked gunman fled the Chevron with an undisclosed amount of money.  The suspect was last seen wearing a heavy blue jacket, blue pants and a red bandana over his face.