By ThisIsReno October 10, 2012
Evolutionary Biologist Robert Trivers will give a public lecture at the University of Nevada, Reno at 7 p.m. on Tuesday, Oct. 16 in the Redfield Auditorium of the Davidson Matehematics and Science Center. The lecture is the second of this school year’s Discover Science Lecture Series, which brings science to the community. 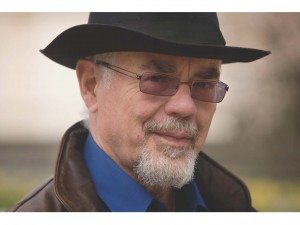 Evolutionary Biologist Robert Trivers will give a public lecture at the University of Nevada, Reno at 7 p.m. on Tuesday, Oct. 16 in the Redfield Auditorium of the Davidson Mathematics and Science Center. The lecture is the second of this school year’s Discover Science Lecture Series, which brings science to the community.

The public is invited to hear evolutionary biologist Robert Trivers of Rutgers University speak on the evolution of deceit and self-deception on Oct. 16 at the University of Nevada, Reno.

Trivers, regarded as the founder of this field of study, said this will likely be the first time many audience members will hear about the theory of deceit and self-deception.

“Self-deception – hiding the truth from the conscious mind – evolves the better to fool others,” Trivers, a professor of anthropology and biological sciences at Rutgers since 1994, said. “Biases in perception, memory, logic, and information sharing are widespread and have important effects in our personal lives all the way up to international relations.”

The topic combines sociology, psychology and biology and can be important personally and professionally. Trivers will discuss several examples, describing illusions of attractiveness and moral superiority, immune effects of hiding the truth, mistakes associated with power and the effects of self-deception on airplane crashes, as well as disastrous wars.

“The easiest example is the Iraq War, and the deceptions about WMD’s and Saddam Hussein,” he said. “Whether or not it was conscious lying or self-deception can not be proven, but that there was deception about WMD is certain, we can prove it linguistically. Another example is airline pilots. It’s counter-intuitive, but 80 percent of airplane crashes occur when the pilot rather than co-pilot is flying the plane.”

He explained that the co-pilot, a victim of timidity in face of rank, may not speak up to the pilot about a problem, or if he does, not as readily as a pilot may speak up when the co-pilot is flying the plane.

Trivers talk is the second of several presentations in the annual Discover Science Lecture Series. His lecture begins at 7 p.m. in the Davidson Mathematics and Science Center.

Trivers has authored a book on the subject, in October 2011 in the United States, “The Folly of Fools: The Logic of Deceit and Self-Deception in Human Life” in which he argues that self-deception evolved in order to better deceive others – for biological reasons, in order to help us survive and procreate.

“Robert is very engaging and sheds light on a topic some of us may not want to hear, but can’t resist listening,” Jeff Thompson, dean of the College of Science, said. “He joins the ranks of some of our other well-known speakers that shed light on novel ideas and topics.”

The annual Discover Science Lecture Series has brought some of the world’s leading scientists to the Reno-Sparks community to share their knowledge. Among them are anthropologist Anna Roosevelt, physicist Neil deGrasse Tyson, Nobel Laureate and physicist Eric Cornell, chemist and green energy expert Harry Gray and Jeff Lieberman, musician, artist, researcher and host of “Time Warp” on the Discovery Channel.

Lectures are scheduled to be held at 7 p.m. in the Redfield Auditorium, Davidson Mathematics and Science Center at the University of Nevada, Reno. Admission is free. Parking is reserved for the event on the upper level of Brian J. Whalen Parking Complex. For more information, call 775-784-4591 or visit www.unr/edu/cos.