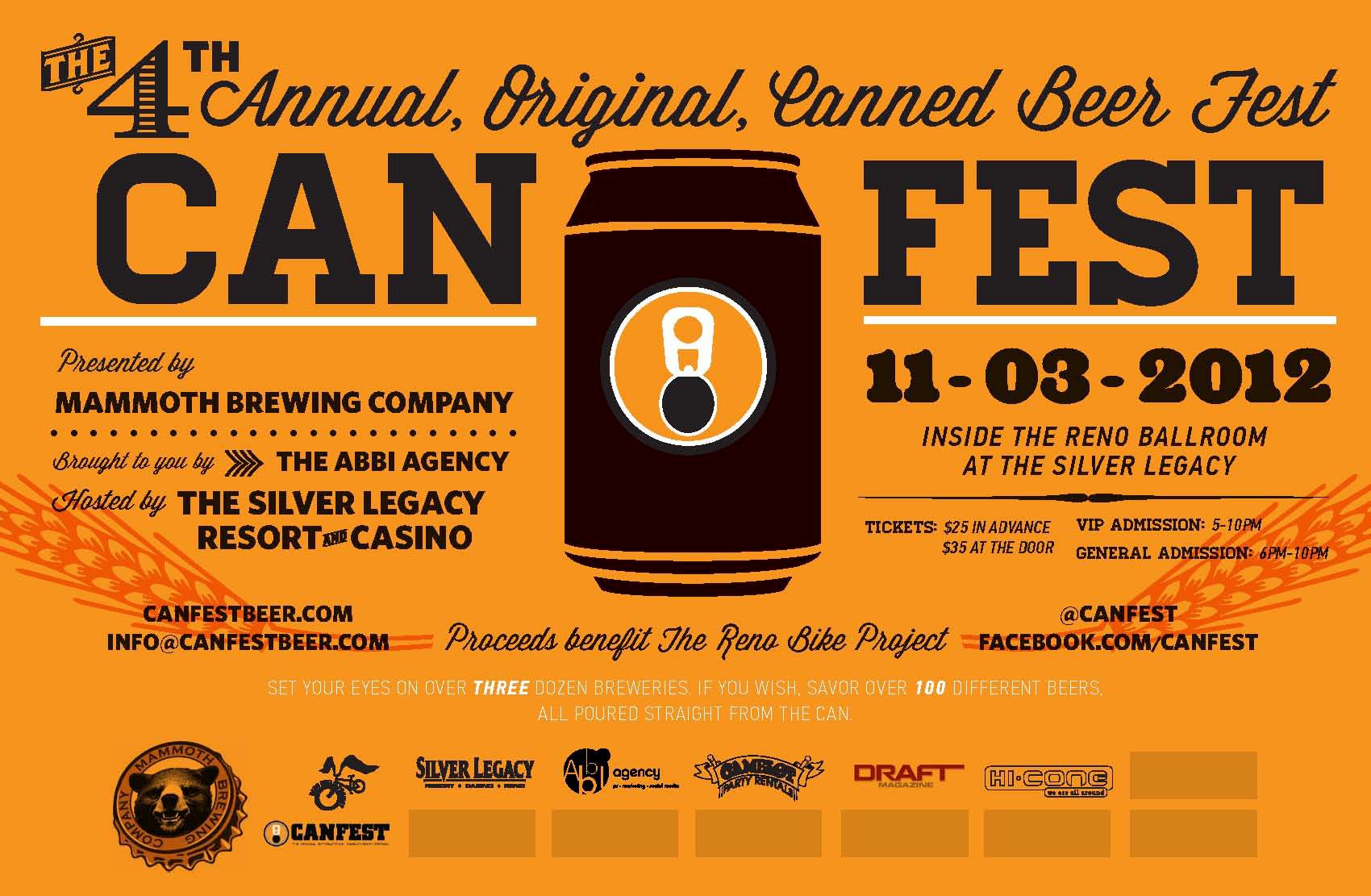 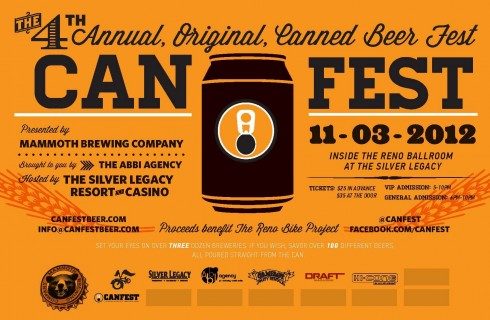 CANFEST will take place on November 3rd inside the Reno Ballroom in downtown Reno, Nev. Supporters of craft beer in cans and industry respected Mammoth Brewing Company will step in for the first time to present the event. CANFEST expects to bring back favorites such as Oskar Blues, Caldera Brewing, 21st Amendment, Anderson Valley Brewing Company, and dozens more.

“We’re incredibly excited to have Mammoth join us for CANFEST this year,” said event co-organizer Ty Whitaker. “They have a phenomenal reputation in the craft beer world and as a brewery that looks to keep the trend going, we couldn’t ask for a more appropriate CANFEST affiliate.”

CANFEST launched in 2009 to celebrate and showcase the uprising of craft beers in cans. Long viewed as a staple of cheap, poor quality beer, cans are quickly becoming a popular and effective method for packaging craft beers.

Tickets are now available through the Silver Legacy box office and Ticketmaster.com. Tickets are $25 in advance, $35 at the door.

CANFEST benefits the Reno Bike Project, a 501(c)(3) non-profit community bicycle shop and advocacy group. Bikes and beer are an ideal fit and the RBP represents an eco-related cause, CANFEST will once again launch a bike drive with RBP where every bicycle donation made to the RBP in the name of CANFEST will be rewarded with a complimentary ticket. That promotion will launch on Sept 5th and continue for one month. For more information on the bike drive, please email [email protected].

In addition, CANFEST is also presented by The Abbi Agency, a Reno-based public relations and marketing firm, and hosted by the Silver Legacy Resort & Casino. Room packages will be available starting in September.