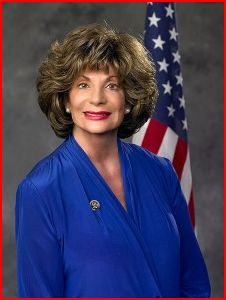 CARSON CITY – The Shelley Berkley for Senate campaign today launched two new ads, one criticizing Sen. Dean Heller for voting to “essentially end Medicare” and a second telling viewers that her work to preserve a kidney transplant program was only aimed at helping Nevadans.

One ad focuses on Heller’s two votes in support of a plan introduced by Rep. Paul Ryan of Wisconsin that would have kept Medicare in place for people 55 or older but changed it for others by privatizing it and relying on government subsidies.

The other is a response to a decision by the House Ethics Committee announced last week to establish an investigative subcommittee to determine whether she inappropriately furthered the business interests of her husband, Dr. Larry Lehrner, by working to preserve a kidney transplant program at the University Medical Center in Las Vegas in 2008.

In the ad, Berkley notes that the complaint about her activities was filed by the Nevada State Republican Party.

The ad says in part: “The Las Vegas Sun says Berkley’s advocacy wasn’t driven for personal gain. It was aimed at helping Nevadans.” It also mentions Heller’s two votes to “end Medicare as we know it.”

Heller launched an ad focusing on the ethics allegations against Berkley earlier this week.

The new Berkley ad campaign was first reported by the Las Vegas Sun.

Heller, a Republican appointed to the Senate in April 2011, and Berkley, a longtime Democratic Congresswoman representing Las Vegas, are locked in a tough battle for the Senate seat.

An announcement today from the Berkley campaign  commented on the new ads.

“While Dean Heller continues to look out for his special interest friends on Wall Street by voting to essentially end Medicare by turning it over to private insurance company bureaucrats, Shelley Berkley is a champion for Nevada seniors and patients  – working tirelessly to protect and strengthen Medicare and Social Security,” said Xochitl Hinojosa, Berkley for Senate communications director. “This fall, Nevadans will understand the clear choice they have in this election between a fighter for the middle-class like Shelley Berkley and someone like Dean Heller, who would throw seniors under the bus to protect taxpayer giveaways to Big Oil companies and corporations that ship jobs overseas.”

In response to the ads, Chandler Smith, Heller for Senate spokeswoman, said: “How about the truth, Congresswoman? For the first time since 2009, a bipartisan committee of five Democrats and five Republicans unanimously decided Congresswoman Berkley’s actions required a formal investigation on the basis of a non-partisan report. In the very same ad she asks for the ‘truth,’ Shelley Berkley desperately tries to shift blame and repeats PolitiFact’s Lie of the Year over and over again. No matter how much she may want to distract from her own problems, Congresswoman Berkley’s ethics troubles do not give her a free pass to lie to Nevadans.”

In a media event today to highlight the fact that early voting for the November general election is 100 days away, U.S. Sen. Majority Leader Harry Reid said Berkley worked to help Nevadans in need of care. He mentioned his own experiences with his wife Landra who has undergone treatment for breast cancer.

“I think this is going to be fine for Shelley,” he said. “She’s a terrific candidate. She is a person who has always fought for Nevadans. And certainly she should fight for these people who are sick and in danger of dying.”

He also responded to a question about whether Berkley adequately disclosed that her husband was affiliated with the kidney transplant program. Questions about her work to preserve the program were first raised by the New York Times in a report published in September 2011.

Berkley and other members of Nevada’s Congressional delegation were able to preserve the program. But the New York Times said her efforts, “also benefited her husband, a physician whose nephrology practice directs medical services at the hospital’s kidney care department — an arrangement that expanded after her intervention and is now reflected in a $738,000-a-year contract with the hospital.”

Reid said anyone who lived in Southern Nevada knew that Berkley’s husband was a nephrologist.

“Well I think you will find she didn’t violate any rules whatsoever,” Reid said. “They can look into this more and I’m sure they will, but I don’t think there is a problem with that.”