It is left to 21 people — 11 Republicans and 10 Democrats — to decide if Judge Brett Kavanaugh’s nomination to United States Supreme Court should be denied or approved.

The hearing was emotional, contentious, and became a partisan shouting match at times.

Stanford Research Professor Christine Blasey-Ford gave sworn testimony that she was “100-percent certain” that  Kavanaugh sexually assaulted her when she was 15 years old at a party in Maryland.

Kavanaugh denied the charges. He gave a very impassioned, almost tearful, and at times combative defense, of his innocence.

Both parties were convincing and appeared sincere. And both political parties are deeply convinced one or both parties is telling the truth.

Here’s what Nevada’s U.S. senators had to say about today’s hearing: 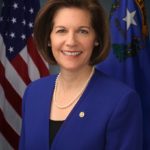 “Dr. Ford has bravely shared her credible and powerful testimony. The hearing so far has shown two important things: we must respect the stories of brave women coming forward. And that the confirmation process for #JudgeKavanaugh must be halted and his FBI background check reopened.

“As Senators, we must take our constitutional role to advise and consent seriously. This is about confirming #JudgeKavanaugh to a lifetime appointment on the highest court. My fellow Senators all must ask ourselves what kind of country we want our children and grandchildren living in.” 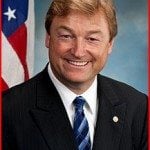 “I commend Dr. Ford for bravely sharing her story with my colleagues. I also appreciate Judge Kavanaugh’s compelling testimony in which he delivered a raw defense of his honor and a vehement denial of the allegations. Despite the Democrats’ extreme politicization of this nomination, Chairman Grassley has led a fair and thorough confirmation process. As I’ve said previously, all senators – regardless of party – should work with Chairman Grassley in good faith, and I hope that my colleagues will determine the burden of proof by evaluating all of the facts on the basis of their merit.” – U.S. Senator Dean Heller (R-NV)

Cortez Masto in favor of more funding for child care...