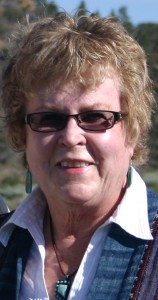 University of Nevada, Reno Foundation Professor of Anthropology Emerita Kay Fowler was recently elected into both the National Academy of Sciences and the American Academy of Arts and Sciences.

University of Nevada, Reno Foundation Professor of Anthropology Emerita Kay Fowler recently shared an honor with actor Daniel Day-Lewis, singer-songwriter Paul Simon, and Nobel Prize winner David Politzer, to name a few. Fowler was one of 212 new members elected into the prestigious American Academy of Arts and Sciences, an organization founded by John Adams, John Hancock and other scholar-patriots, whose membership has also included George Washington, Benjamin Franklin, Ralph Waldo Emerson, Albert Einstein and a long list of our country’s “thinkers and doers.”

Fowler is the only representative from a Nevada institution joining the list of some 4,300 active members of the elite organization that conducts multidisciplinary studies of complex and emerging problems, with elected members being leaders in the academic disciplines, the arts, business and public affairs.

Just two weeks after receiving word of this honor, Fowler was notified that she had also been elected as a new member in the National Academy of Sciences, making Fowler one of only 72 individuals chosen to join this elite group of about 2,100 scholars recognized for their distinguished and continuing achievement in original research. Election to one of the National Academies is considered one of the highest honors that can be accorded a scientist or engineer, and almost 200 of its members also have won Nobel Prizes.

“National Academy membership is a pinnacle career recognition,” University of Nevada, Reno President Marc Johnson said. “You might call it the Super Bowl of the science world, and Dr. Fowler couldn’t be more deserving. Her research and work has done a great deal to further the understanding and preservation of the culture, language and art of the Great Basin’s Native peoples.”

Fowler and her husband Don taught at the University’s College of Liberal Arts from 1964 until they retired, Kay in 2007 and Don in 2005. Their work included research, special projects and the editing of a couple of hundred scholarly works. Both garnered several honors during their time at the University, including both being named Foundation Professor and University Researcher of the Year.

Kay is grateful for her 40 plus years at the University, stating, “We had some great students that always stimulated us and kept us on our toes, and great colleagues as well. We came as founding members of the anthropology department, and we feel all our colleagues have helped it to thrive through the years.”

Kay is most proud of her work that has helped the Great Basin’s Native people, including the Shoshone, Northern Paiutes and Southern Paiutes, to restore their land and their indigenous languages, and other efforts to help preserve their culture, land and heritage. For example, she worked on the Timbisha Shoshone’s land restoration project, which successfully returned about 6,000 acres to them in 2000, and helped to reintroduce indigenous management of natural resources into the Death Valley National Park.

On being recognized for her work by the two academies, Kay said, “I always said it would be nice to get paid for what you like doing anyway. To get both of these exceedingly nice honors for my work in one year is rather overwhelming.”