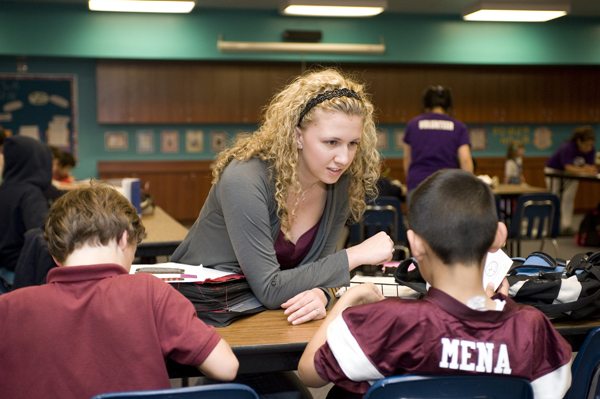 SAN FRANCISCO—Eighteen-year-old Megan Wurm of Sparks, Nevada, has been named the fourth annual National Ambassador for the Money Matters: Make it CountSM program, sponsored by Boys & Girls Clubs of America (BGCA) and Charles Schwab Foundation. The National Ambassador serves as spokesperson for the program and is charged with promoting financial education as the basis for lifelong financial health and well-being.

Through Megan’s experience with Money Matters in middle school, the current high school senior and longtime member of the Boys & Girls Club of Truckee Meadows gained a deeper understand of personal finance and how to apply her knowledge for financial gain.

“I thought I knew a lot about budgeting and paying for college, but Money Matters taught me so much more! Before Money Matters, I had never really thought about handling my finances on my own, and now I’m much more confident that I’ll be able to make the right decisions,” she said. “In addition to the module on saving for college and investing, the module on budgeting was the most impactful for me.”

The first application of what Megan learned in the program was to save $2,000 in one summer toward the purchase of a car. She also gained valuable insights into how to fund her future college education.

“My Money Matters teacher taught me that scholarships are given for every reason under the sun, and if you keep at it you can find many scholarships you never even knew existed,” she said. “Before you know it, college is paid for! Even though I took Money Matters in middle school, the lessons I learned have had a lasting effect on me and my family.”

Along with the title of Money Matters National Ambassador, Megan will receive a $5,000 college scholarship from Charles Schwab Foundation. She has been accepted at Washington State University, a school she had set her sights on since she was a small child, and she looks forward to beginning her freshman year in the fall. The Boys & Girls Club of Truckee Meadows will additionally receive a matching grant of $5,000 from Charles Schwab Foundation to help fund the Club’s work in providing Money Matters to Club youth.

Nineteen other Boys & Girls Club teens are also being awarded scholarships for their achievement in acquiring and applying personal finance knowledge and skills. Of those, 14 will receive $2,000 scholarships. The four other finalists for the National Ambassador title will receive $2,500, and their Clubs will receive matching grants of $2,500 each.

The importance of a national ambassador

“It’s quite an honor to receive this award, since the National Ambassador plays such an important role in the ongoing success of our program,” said Carrie Schwab-Pomerantz, president of Charles Schwab Foundation. “The torch now passes to Megan to serve as an advocate for financial education and an inspiration to other teens across the country.”

“Money Matters is one of the most essential programs we offer teens at BGCA,” said BGCA President and CEO Roxanne Spillett. “So often we hear stories of Club teens not only applying the lessons they’ve learned for themselves, but also extending them to their peers and their families, making it a true, generation-changing program.”

About Money Matters: Make It Count

Funded by Charles Schwab Foundation, Boys & Girls Clubs of America’s Money Matters program is designed to promote money management skills among teens, ages 13-18. The program consists of fun, interactive activities and exercises on topics such as using a checking account, managing debt, saving for college and learning the basics of investing. The program is available to the 2,900 Boys & Girls Clubs that serve teens and is targeted primarily at teens from underserved communities. Since it was launched in 2004, more than 245,000 teens in 1,600 Boys & Girls Clubs across the U.S. have gone through the program. Since 2004, Charles Schwab Foundation has presented a total of $345,000 in college scholarship grants to 167 Boys & Girls Club teens, ages 16-18, who demonstrated exceptional financial skills from their newly acquired knowledge of personal finance.

About Boys & Girls Clubs of America

Charles Schwab Foundation is a private, nonprofit organization funded by the Charles Schwab Corporation. Its mission is to create positive change through financial education, philanthropy, and volunteerism. More information is available at www.aboutschwab.com/community.

OPINION: New report finds vouchers are a win-win for education