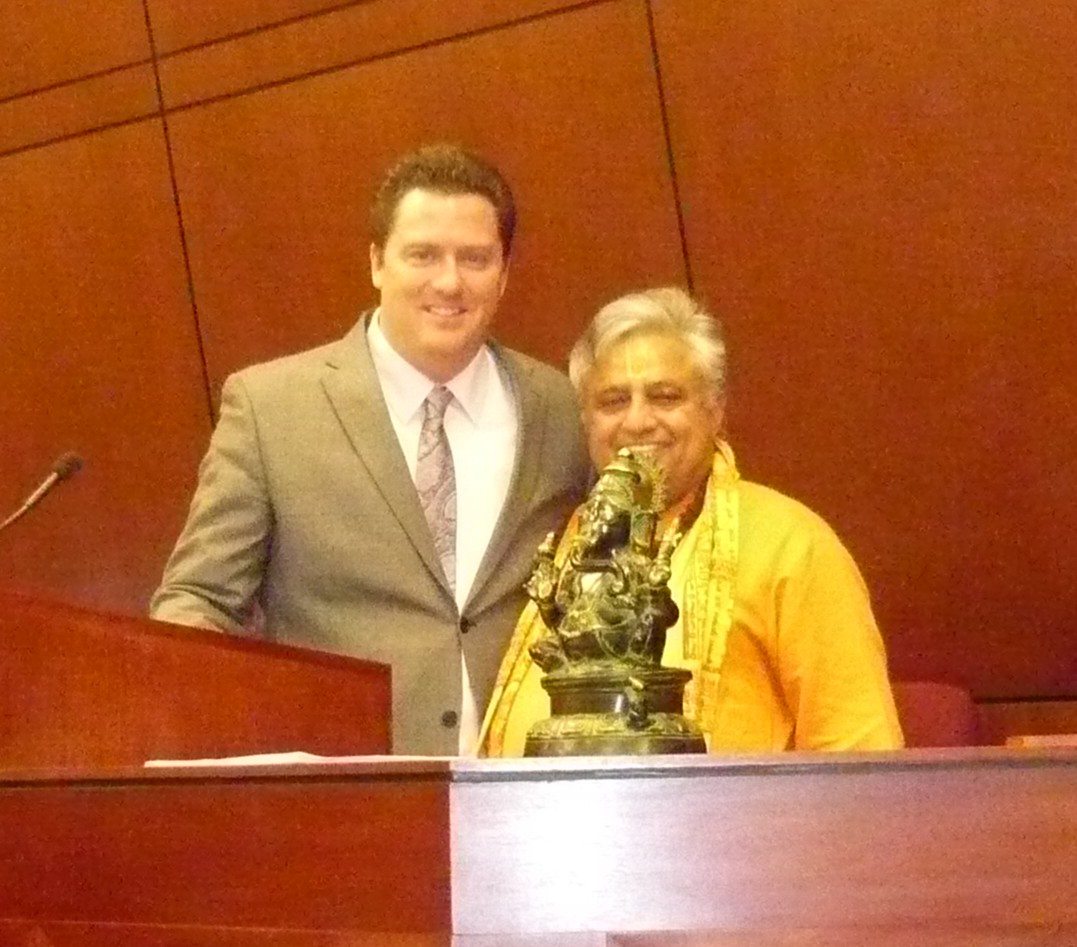 Hindu leader Rajan Zed delivered an invocation from Sanskrit scriptures before the Assembly. After Sanskrit delivery, he then read the English translation of the prayer. Sanskrit is considered a sacred language in Hinduism and root language of Indo-European languages.

Zed, who is president of Universal Society of Hinduism, recited from Rig-Veda, the oldest scripture of the world still in common use, besides lines from Upanishads and Bhagavad-Gita (Song of the Lord), both ancient Hindu scriptures. He started and ended the prayer with “Om,” the mystical syllable containing the universe, which in Hinduism is used to introduce and conclude religious work. Om was followed by Gayatri Mantra, the most sacred mantra in Hinduism.

Wearing saffron-colored attire, a ruddraksh mala (rosary) and a traditional sandalpaste tilak (religious mark) on the forehead, Zed sprinkled a few drops of sacred water from river Ganga in India around the podium before the prayer and placed a statue of Lord Ganesh in front of him.

Reciting from Bhagavad-Gita, Zed prayed to the Lord so that public officials are “pure, efficient, impartial, selfless” in all the undertakings. He also presented a copy of Bhagavad-Gita to Speaker John Oceguera.

Zed is one of the panelists for “On Faith,” a prestigious interactive conversation on religion produced by The Washington Post. He has been awarded the “World Interfaith Leader Award” and is senior fellow and religious advisor to the New York headquartered Foundation for Interreligious Diplomacy, Director of Interfaith Relations of Nevada Clergy Association and spiritual advisor to the National Association of Interchurch and Interfaith Families.