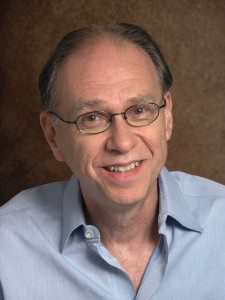 RENO, Nev. – The Nov. 4 inaugural lecture in the Discover Science Lecture Series will feature National Academy of Science fellow Michael Waterman, one of the founders and current leaders in the area of computational biology. His work formed one of the theoretical cornerstones for many DNA mapping and sequencing projects, including the Human Genome Project, and has contributed to some of the most widely used tools in the field.

Waterman is one of five renowned scientists from around the country who will bring their knowledge to the Reno community in a series of lectures at the University of Nevada, Reno’s Davidson Mathematics and Science Center.

“I promise, no formulas or math in this presentation,” Waterman said. “It will be more about the history of us learning about what we carry around inside of us, our DNA, and how amazing it is that now we can map two complete human genomes in a run of a sequencing machine when the first attempt took 10 years.”

His lecture, titled “Reading DNA Sequences Along Eulerian Paths” will be at 7 p.m. in the Redfield Auditorium.

The lecture will survey the technologies and computational methods used to determine DNA sequences of the genomes of organisms from the 1970s through the last few years where highly parallel new-generation sequencing methods have been proposed which require new computational approaches  based on some 18th century mathematics of Euler.

“Science encompasses a wonderfully diverse collection of explorations into the unknown,” Jeff Thompson, dean of the College of Science, said. “Join us and experience the extent of the science universe as the best scientists on the planet visit Nevada for our Discover Science Lecture Series.”

Other topics and speakers in the lecture series include:

Feb. 3 – “The World as Seen Through the Lens of a Scientist.” How knowledge of math, biology, chemistry and physics can transform how you live, work and play. Neil DeGrasse Tyson, astrophysicist; Frederick P. Rose, director of the Hayden Planetarium, Department of Astrophysics, American Museum of Natural History, New York.

All lectures will be held at 7 p.m. in the Redfield Auditorium, Davidson Mathematics and Science Center at the University of Nevada, Reno. Admission is free. For more information call 775-784-4591 or visit www.unr.edu/cos.