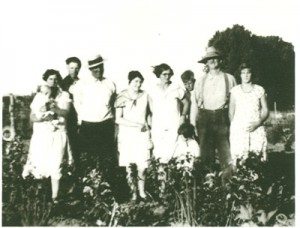 Three generations of the Harrigan family gathered in 1928

Warner, coordinator for the Nevada Centennial Awards Program. Centennial status is given to farms and ranches that have been in the same family for 100 years or more.

The oldest ranch is the Quilici Ranch in Dayton, established in 1881 by Luigi Quilici who immigrated from Italy. The ranch is currently owned by his grandsons, Salvatore, Ledo and Larry Quilici and their sister Rita Selmi. The ranch is almost totally surrounded by development but is still a haven for bald eagles, deer and other wildlife.

Peter Hanson Anker established his ranch in Lovelock in 1887 after immigrating from Denmark. He was a county commissioner, served as assemblyman in the 22nd Session of the Nevada Legislature, and was the grandfather of Cliff Young, former Chief Justice of the Nevada Supreme Court. Four generations of Anker’s descendants, including 91-year-old

granddaughter Phyllis Anker Bendure, are being inducted for two portions of the original ranch they own.

Skip’s Place in Fallon was established in 1907 by Frances Harrigan. Harrigan was born in Gold Hill in 1873 and moved to Fallon when he was eleven to live with his grandparents after the deaths of his parents. He raised bees for honey, turkeys and cantaloupe, as well as Durham cattle. A 1911 article in the Fallon Eagle newspaper stated that Harrigan shipped 592 cases of honey, needing an eight horse team to bring it to town. His granddaughters Yvonne Prettyman and Sidney Ellen Imeson own the original ranch.

The Lawrence Ranch, also in Fallon, was established in 1908 by Charles A. Lawrence who worked as a surveyor for the Bureau of Reclamation. Lawrence raised hay, sheep, horses and turkeys and had a small 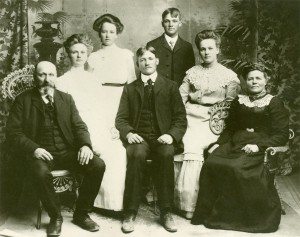 dairy. After his passing, his wife added chickens to the farm, raising 1,000 chickens for eggs and meat. The ranch is currently owned by grandson Ronald Lawrence.

For more information about the Centennial Awards Program, visit the Nevada NRCS website at http://www.nv.nrcs.usda.gov/centennial_awards.html. 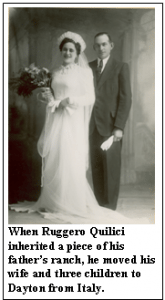