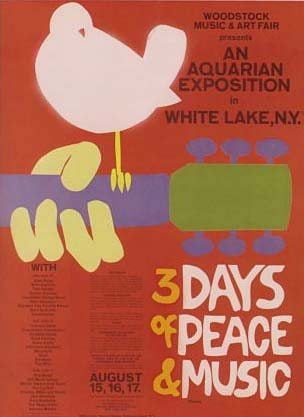 Of the people who were at Woodstock, here’s a true story you’ll never hear anyone of them tell. “After attending Woodstock, I went back to New York City, coped-out to the man, got a job and got on with my life. Woodstock was a lot of fun, but in the end, it accomplished nothing, proved nothing, and meant nothing. It was just a big concert.”

A few years after Woodstock, Bill Graham organized what he called, “Day on the Green.” Some called it the “Woodstock of the West.” It was an all-day concert held at Kezar Stadium in San Francisco. I went to that one. A lot of good bands were there, some of whom had played at Woodstock. Led Zeppelin wasn’t there either, but Bob Dylan showed up. It was a lot of fun. When it was over, I coped-out to the man, got a job and got on with my life.