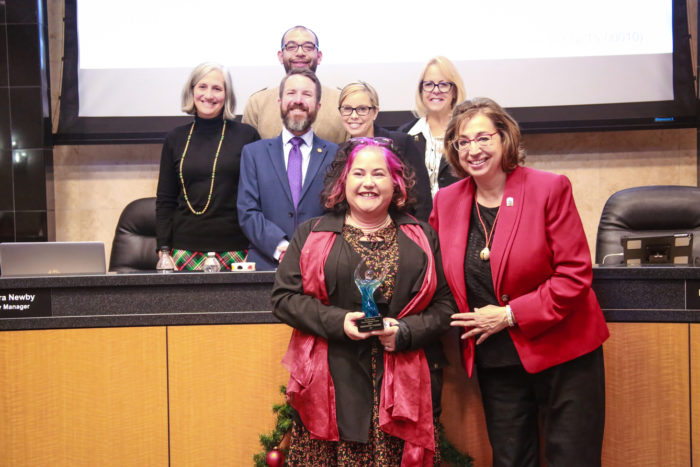 The Reno City Council today recognized Meredith Tanzer as its most recent “city superhero.” Tanzer is the vice president of the board for LTBGQ community organization, Our Center, and she has been an advocate for the homeless and local youth.

“Meredith is one of our important advocates for human rights in the City of Reno,” Reno Mayor Hillary Schieve said. “Meredith truly deserves this recognition. She is a true city superhero, having touched so many people’s lives, hearts and memories.”

Tanzer tearfully accepted the honor, praising the Reno community for its support of her since she moved to Reno.

Past city superheroes are: