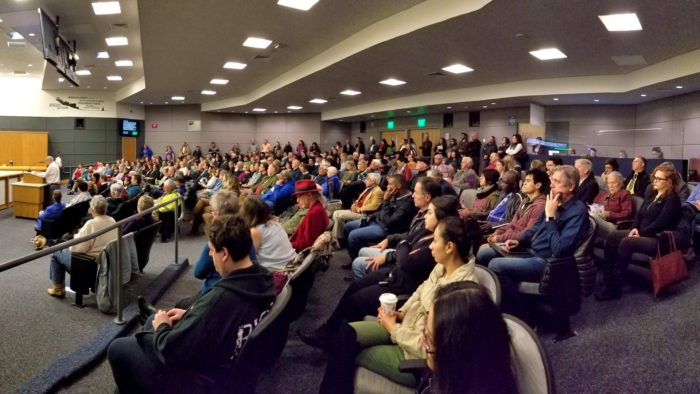 The Washoe Board of County Commissioners today heard discussion about a trust fund that would create more affordable housing options in the region. Commissioners approved moving forward with the fund, the idea of which was developed with the nonprofit Acting in Community Together in Organizing Northern Nevada (ACTIONN).

A full house of supporters showed up to commission chambers this morning. Most all spoke in favor of the fund. A number of people testified about dire living conditions. Stories ranged from local residents who were formally working professionals that became homeless, to retirees faced with eviction due to rent increases. 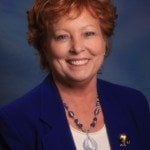 “It’s offensive to me that we live in the greatest country in the world and yet we have people who have to give up their children because they can’t afford a roof over their head…” said Commissioner Marsha Berkbigler.

Questions remain about the source of the fund. County staff were directed to move forward with possible sources including government services taxes (paid when cars are registered), general fund, and Commissioner Bob Lucey suggested Storey County also assist with the fund.

J.D. Klippenstein of ACTIONN praised the county for working on the initiative.

“The way you can get to revenue sources is by leveraging local revenue,” he said. “And there is no revenue unless you consider the governmental services tax.”

That, he said, would lead to more opportunities for additional state, federal and private funds.

“We’ve done eight months of research on this,” Klippensten added. “The best practice is for a local municipality to put their own skin in the game with funding.”

The fund would be managed by the Community Foundation of Western Nevada. Possible projects include workforce housing, multifamily housing and sober housing.

“I think the recommendation to have the Community Foundation of Western Nevada oversee the fund, is a wonderful recommendation,” said Commissioner Kitty Jung. “We need to move this forward, not study it, but move it forward sooner rather than later.”

Commissioners will next hear a draft ordinance about the fund at a January 2019 meeting.