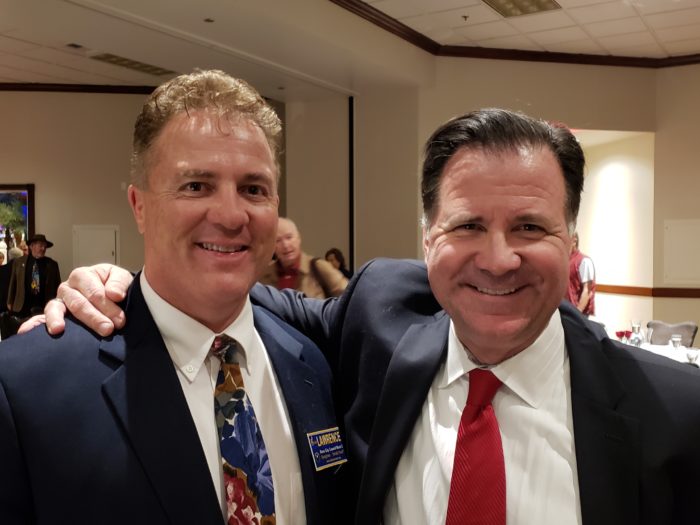 This week I have an interview with a new face to Reno public life, Joe Lawrence, candidate for Reno City Council Ward 2. Lawrence is the owner of SilverBlu Signs and Media, the official sign and graphic provider for all Wolf Pack Athletics, an active member of his local Hope Community Church, a Damonte Ranch High School football coach, youth mentor, and most importantly, a husband and father of three. I had a chance to talk to Lawrence in person at the Washoe County Republican Party Convention in early April.

Lawrence’s main focus for safety is to find how to better staff and fund Reno fire stations and firefighters, and to work with unions to do so. He’d also like to look at fire department response to a variety of calls, such as fender benders and intoxicated individuals.

When it comes to security the Reno Police Department and Reno’s growing pains are on his mind. Lawrence wants to figure out how to give the department all the resources for training, support, and growth needed to accomplish the job and to avoid pitfalls and problems that other cities Reno’s size have faced.

Lawrence thinks the city does not appear to be adequately following up on pothole repairs or handling them in a timely manner. His focus on streets will be to spend city resources more wisely and prioritize road projects.

When it comes to smart growth Lawrence says, “We need to invite quality developers into town to build quality projects, and we need to hold their feet to the fire and make sure that growth pays for itself.”

Lawrence’s final two focus areas, service and solutions, are very close to his heart. He has a deep personal connection regarding Reno’s chronic homelessness, substance abuse concerns, and mental health treatment challenges. “My younger brother had some issues and he passed away in 2000 and there was a period of time when I didn’t know where he was and I literally walked the streets looking for my little brother,” he said. “So, unlike most people who can talk about the issue, I’ve lived it firsthand!”

He cited major concern about Westcare Detox’s recent closing and the negative impact it may cause. 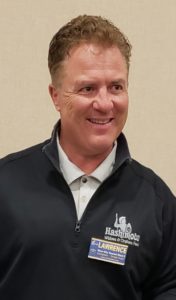 “So we really need to tackle this issue and it can’t be piecemeal. The county needs to be heavily involved, if not to lead the way, because we are all in the county,” Lawrence said. “We all have this issue, it can’t be ALL on the city of Reno.”

Lawrence’s current goal is to knock on as many doors as possible and get to the June 12 primary election. He also plans a traditional campaign roll out as well. He feels that because this year is ward-only voting, as opposed to 2014 and 2016, he is favored in the race.

Find out more about Joe Lawrence and his campaign at http://www.joelawrence.org/