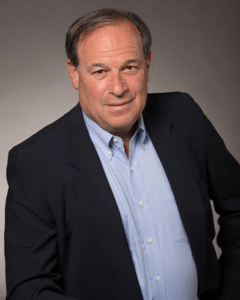 I headed down to Carson City to my old stomping grounds, the Old State Capitol building, to interview Nevada State Treasurer and gubernatorial candidate Dan Schwartz. We talked about what he does for the people of Nevada as State Treasurer and his achievements in office, along with his desire to be Nevada’s next governor.

Schwartz was born and raised in suburban Chicago and received his undergraduate degree from Princeton University. He studied politics in Paris during his third year which helped broaden his world view and understanding of culture and life. After graduating he enlisted into the U.S. Army and was stationed in Germany and other international locales, then returned stateside and earned a Juris Doctorate from Boston University and an MBA from Columbia University.

He worked in the world of finance and business around the world, then in 2001 settled in Nevada with his wife and two daughters. In 2014, he was elected as State Treasurer defeating former state Controller Kim Wallin (D) by 50,000 votes and carrying all 17 counties statewide.

Schwartz kicked off our interview by listing the duties of the State Treasurer: “We briefly have four responsibilities: one is managing the state’s investments in the general fund, two is issuing the state’s debt, three is college savings, and then four is unclaimed property.”

As we continued, he spoke about the achievements and progress he has made in his tenure as State Treasurer. Schwartz noted the returns on investments in the general fund have gone up 15 to 20 times since he’s been in office. This has also dramatically increased the money that the state and local municipalities receive from those investments. He also noted savings the Treasurer’s office has made, first by preventing $175 million in bonds to be issued to Faraday Future, which he says would have gone into default, and saving taxpayers $80 million through refinancing of bonds. 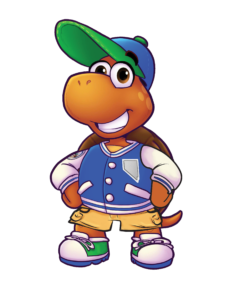 “And then college savings—we’ve totally restructured college savings,” Schwartz added, noting the “College Kick Start” program. “We put together a combined marketing plan with Sage [the desert tortoise mascot]…. It was a mirage and we made it into real program and the legislature didn’t like it, but now it’s successful…We went from like two or three hundred accounts to sixteen thousand.”

I naturally had to ask the two big questions: why is he deciding to leave a safe position as State Treasurer and why does he want to be Governor of Nevada?

Schwartz believes that he’s accomplished what he can at the Treasurer’s office.

“I can continue to increase returns,” he said. “I can continue to argue with the legislature on the budget for college savings. Debt—I don’t think we can save any more money. I think we maxed out on them. And then on unclaimed property, when you’re back down to zero days,” he said, recapping his success. But, he suggests that his work in the role is largely done. “I want to do other things, and this kind of segues into why I’m running for governor.”

When the stadium in Las Vegas was up for a vote, Schwartz had wanted to defeat the stadium bill and force Governor Sandoval to fund education savings accounts (ESAs).

“He refused to do that, and as I was walking out, I walked through this juggernaut of about 14 lobbyists, and we lost by one vote,” Schwartz explained. “And I said enough! I’m going to run for governor… The state deserves better. The people of this state deserve an upgrade.”

Schwartz outlined several points to why he believes voters should cast their ballots for him.

“Number one is this state has been ruled by pay-to-play: by the big casinos, payday lenders, and the big law firms,” he added “They have created policies that are inimical to the people of this state. And you just go down the list and I have taken no money from lobbyists, I’ve taken no money from the insiders,” he said. “Number two, everyone else is a lawyer. Laxalt’s a lawyer.

Learn more about what the State Treasurer does at http://www.nevadatreasurer.gov/ For more on Dan Schwartz and his campaign for Nevada Governor visit https://www.danfornevada.com