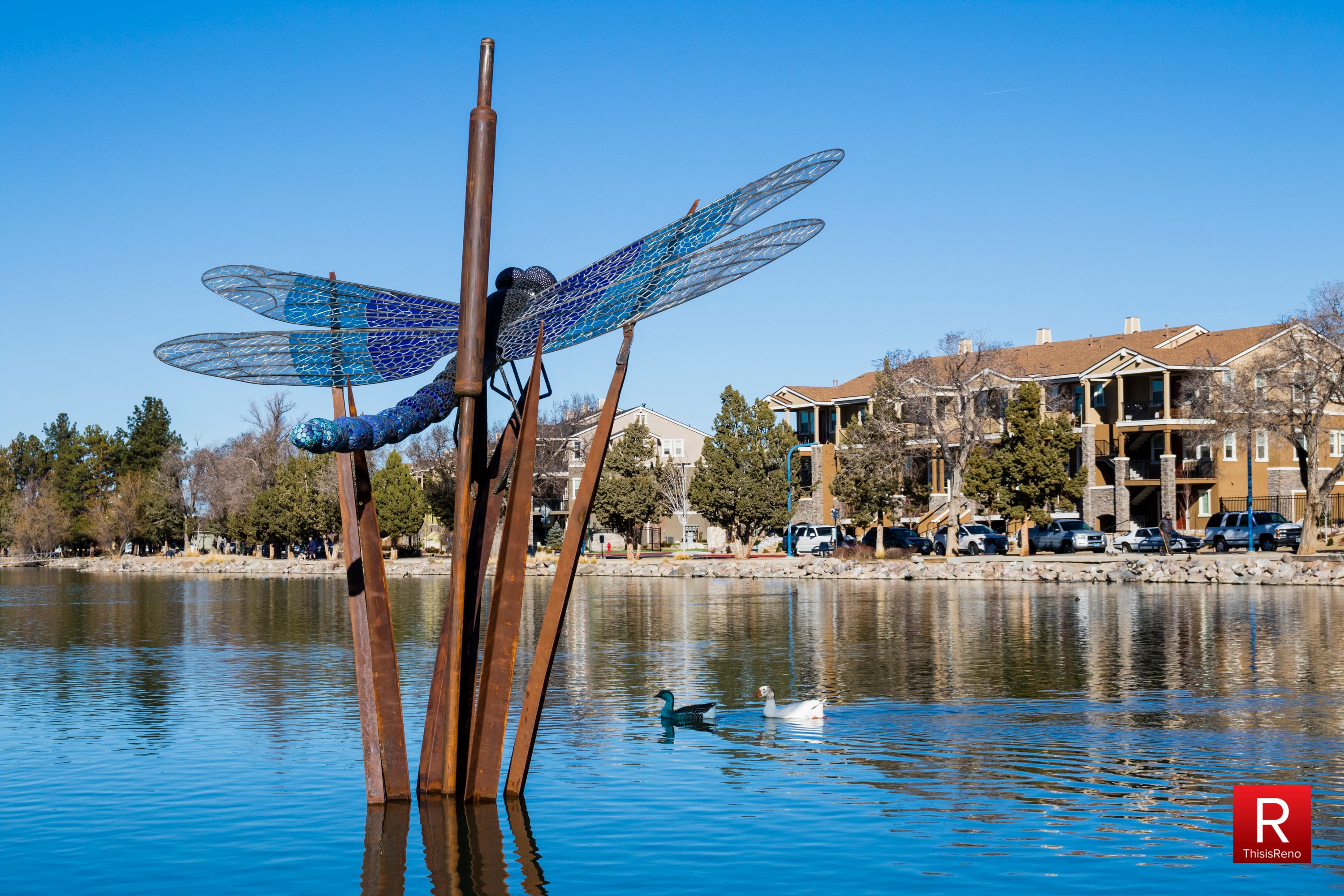 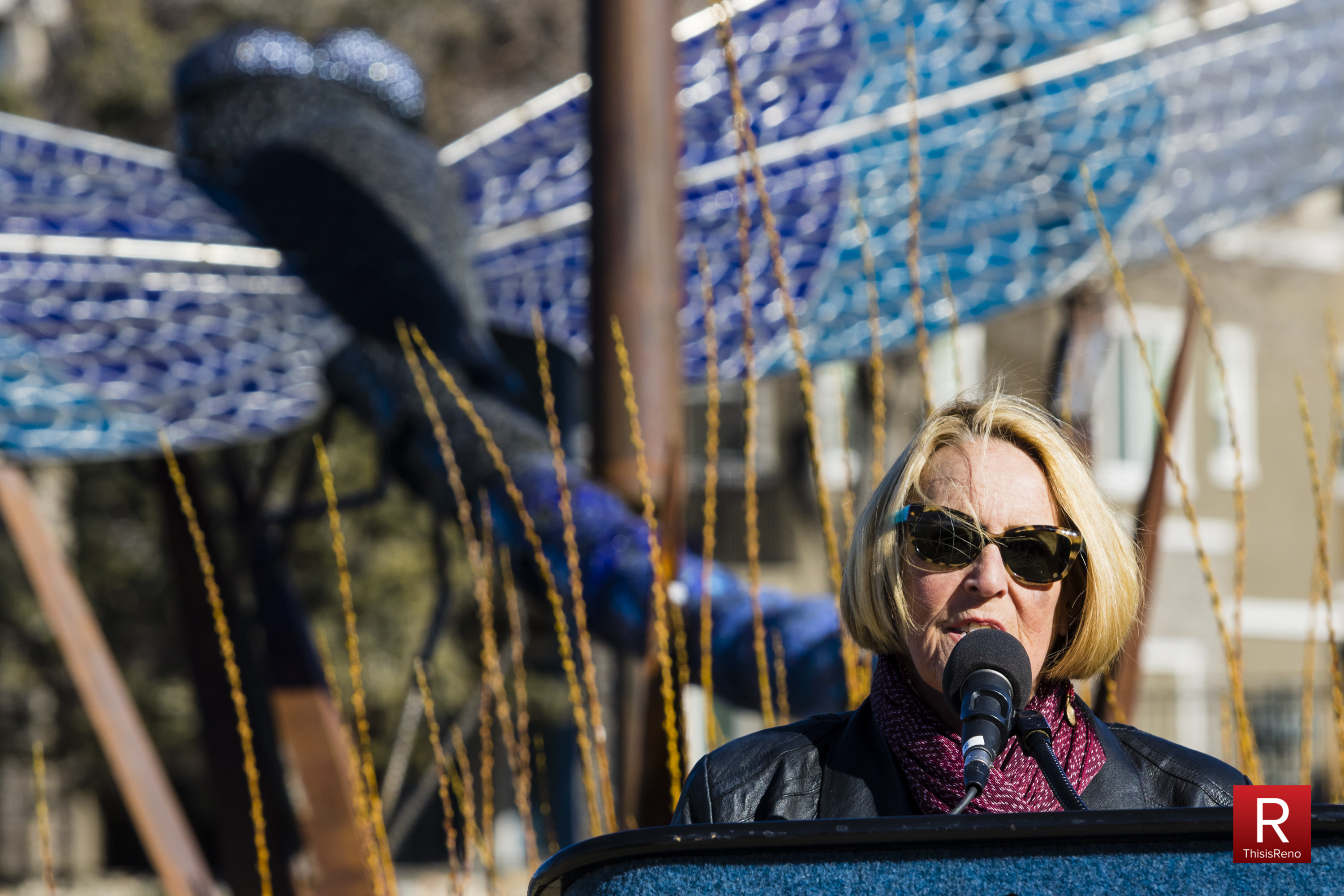 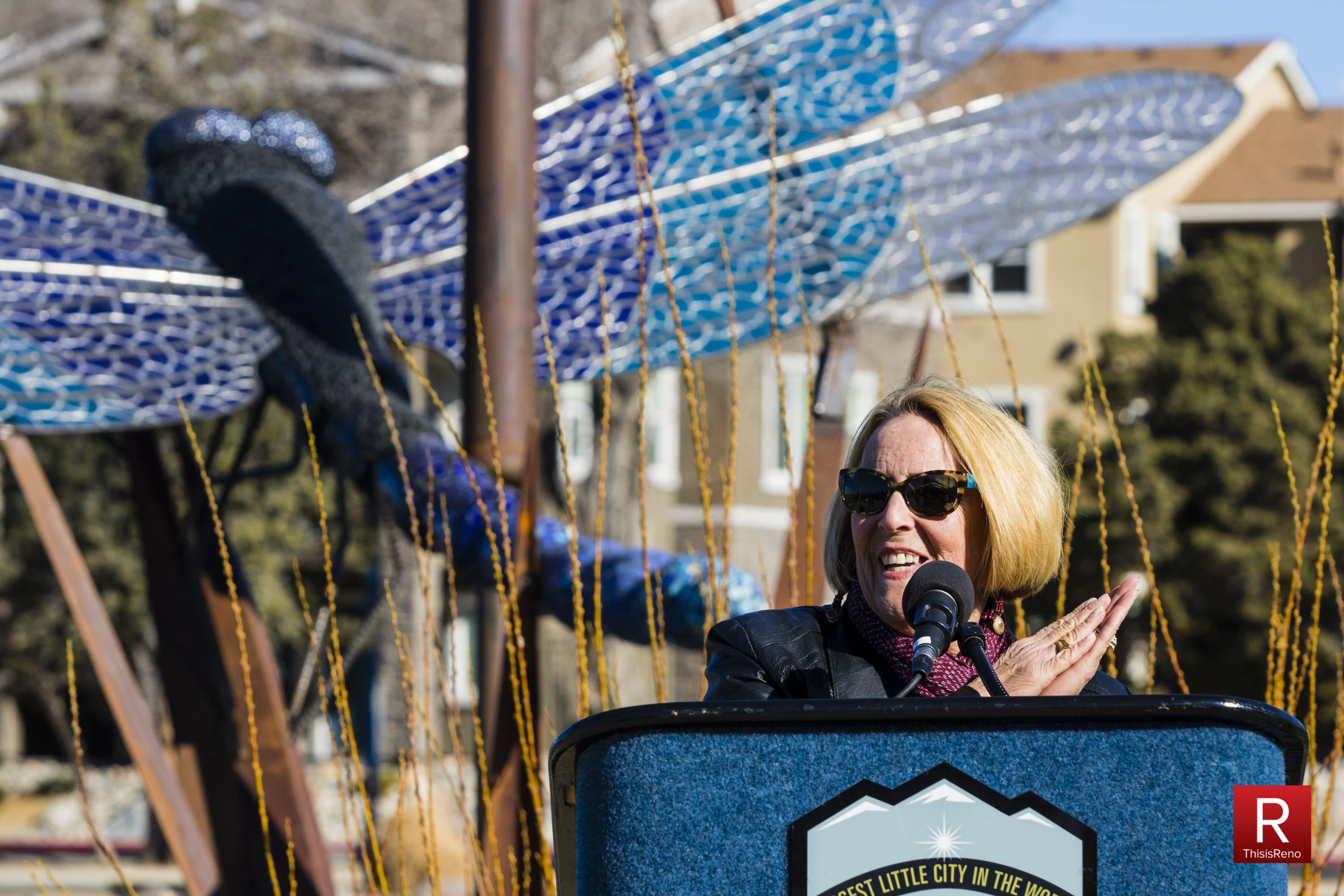 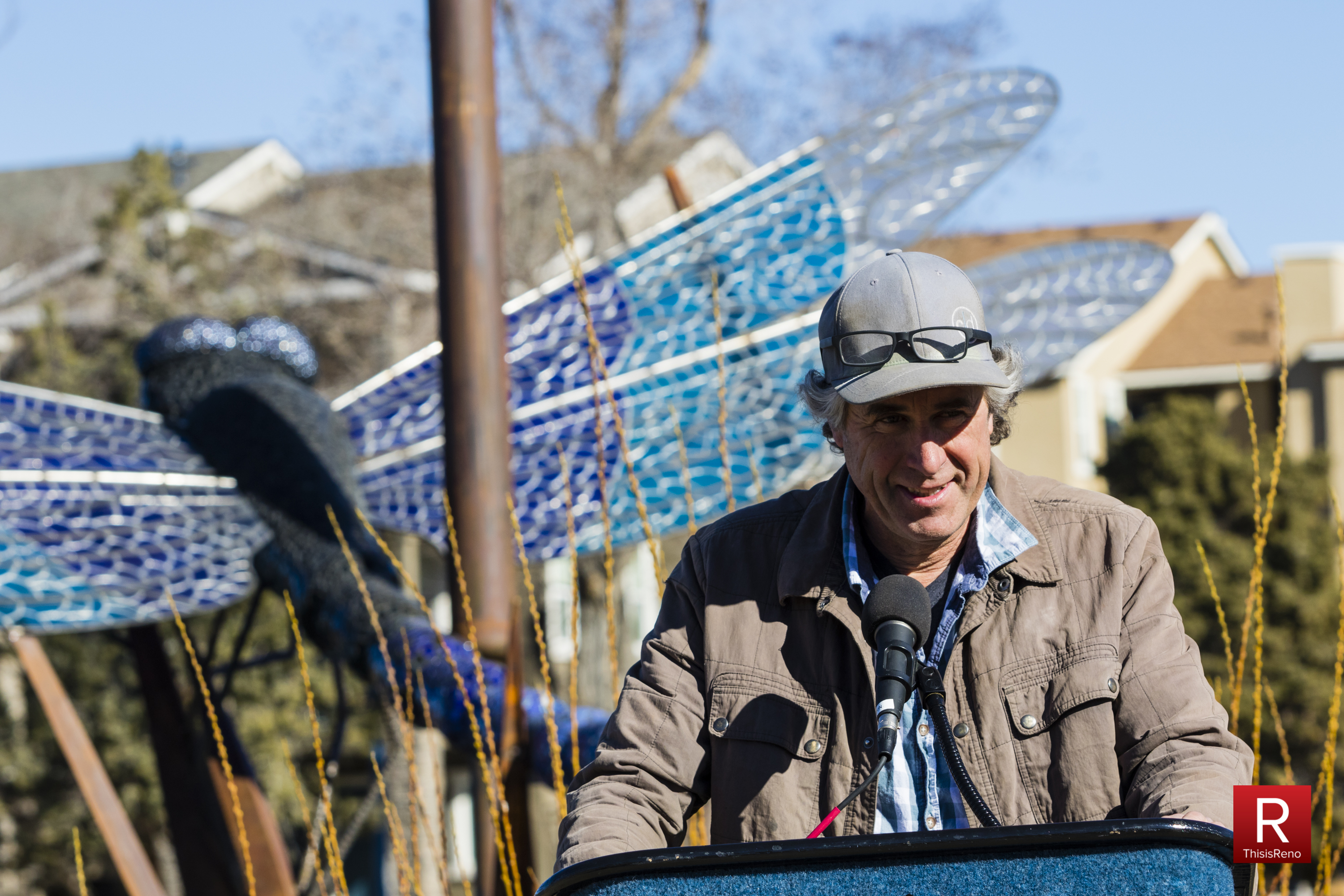 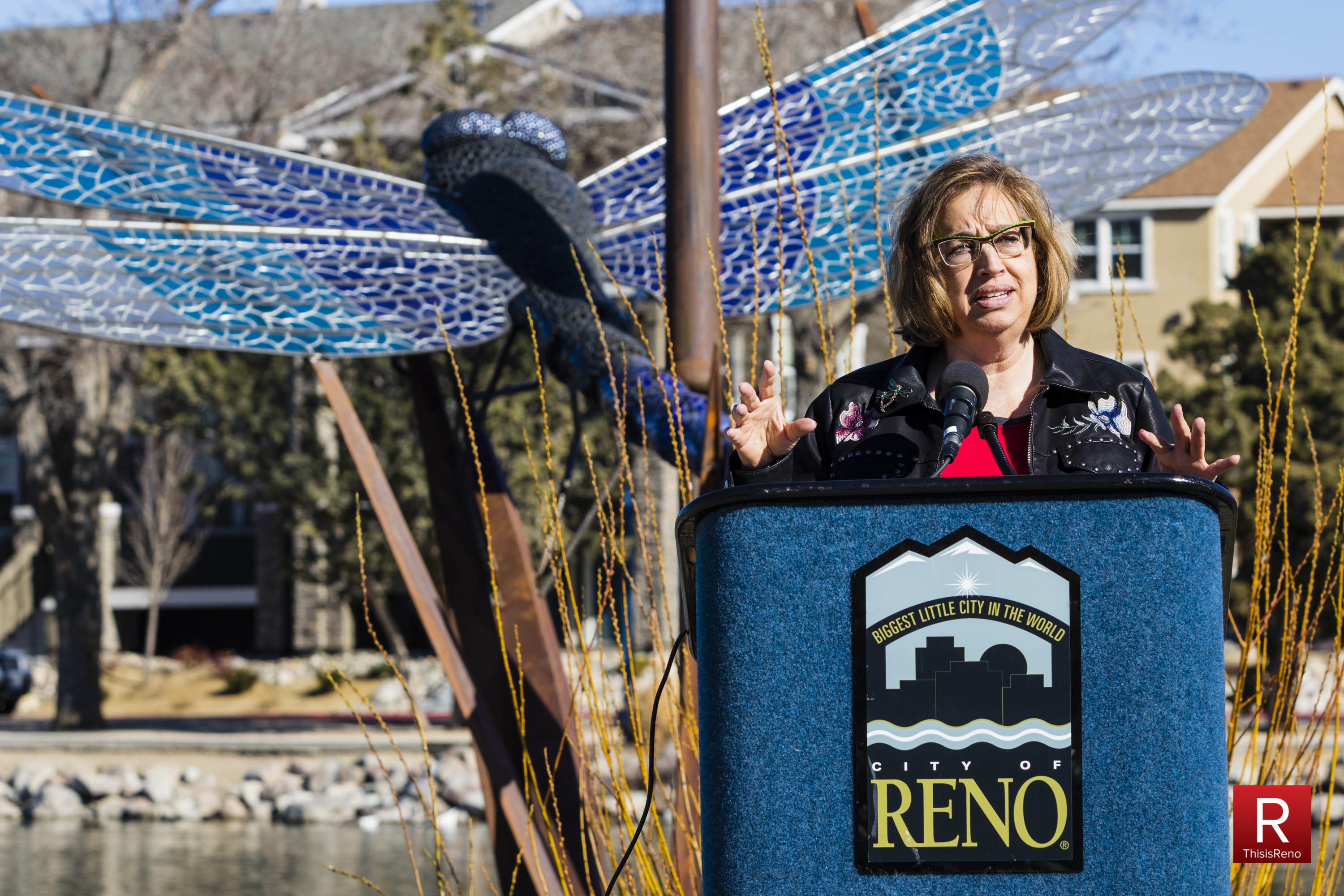 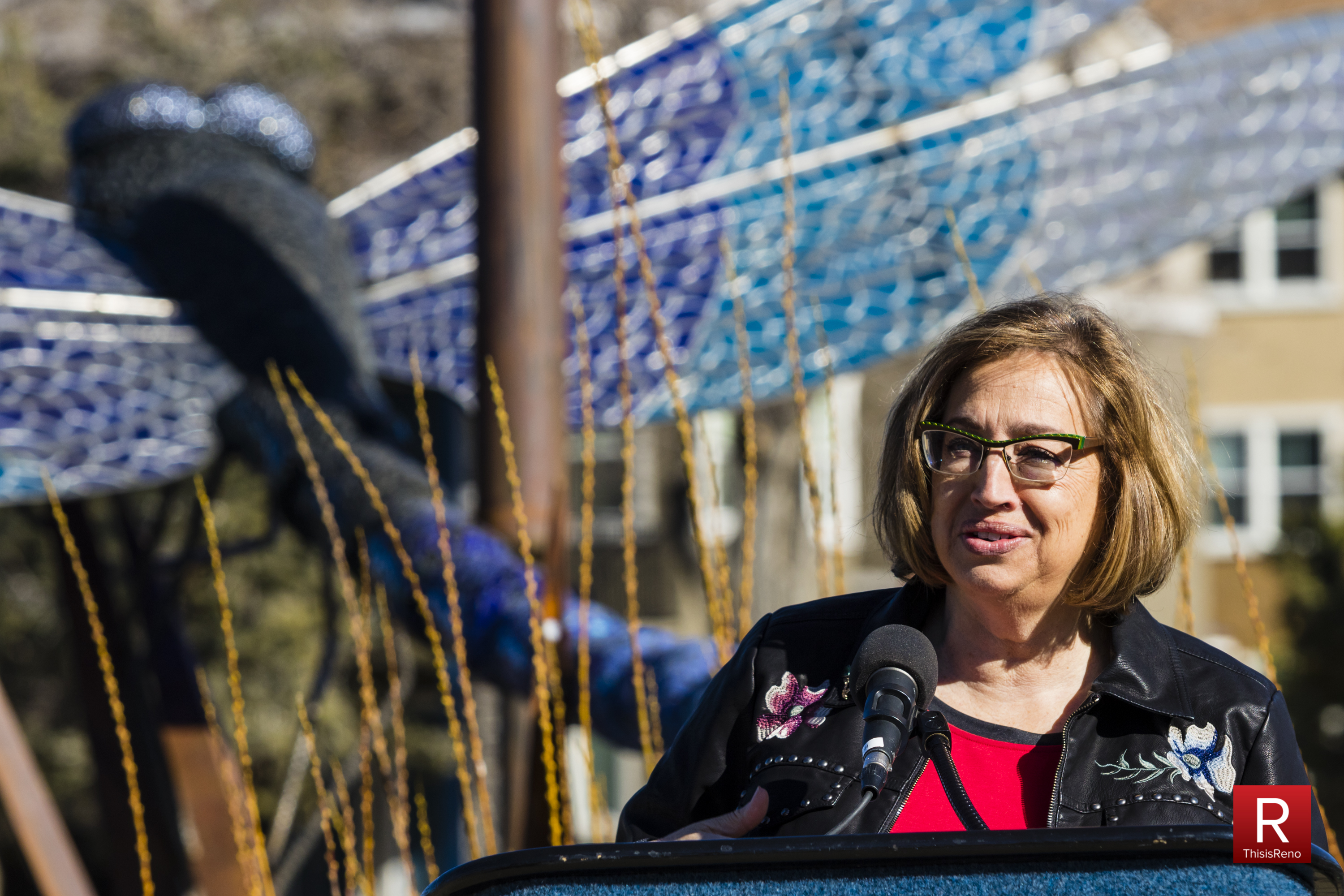 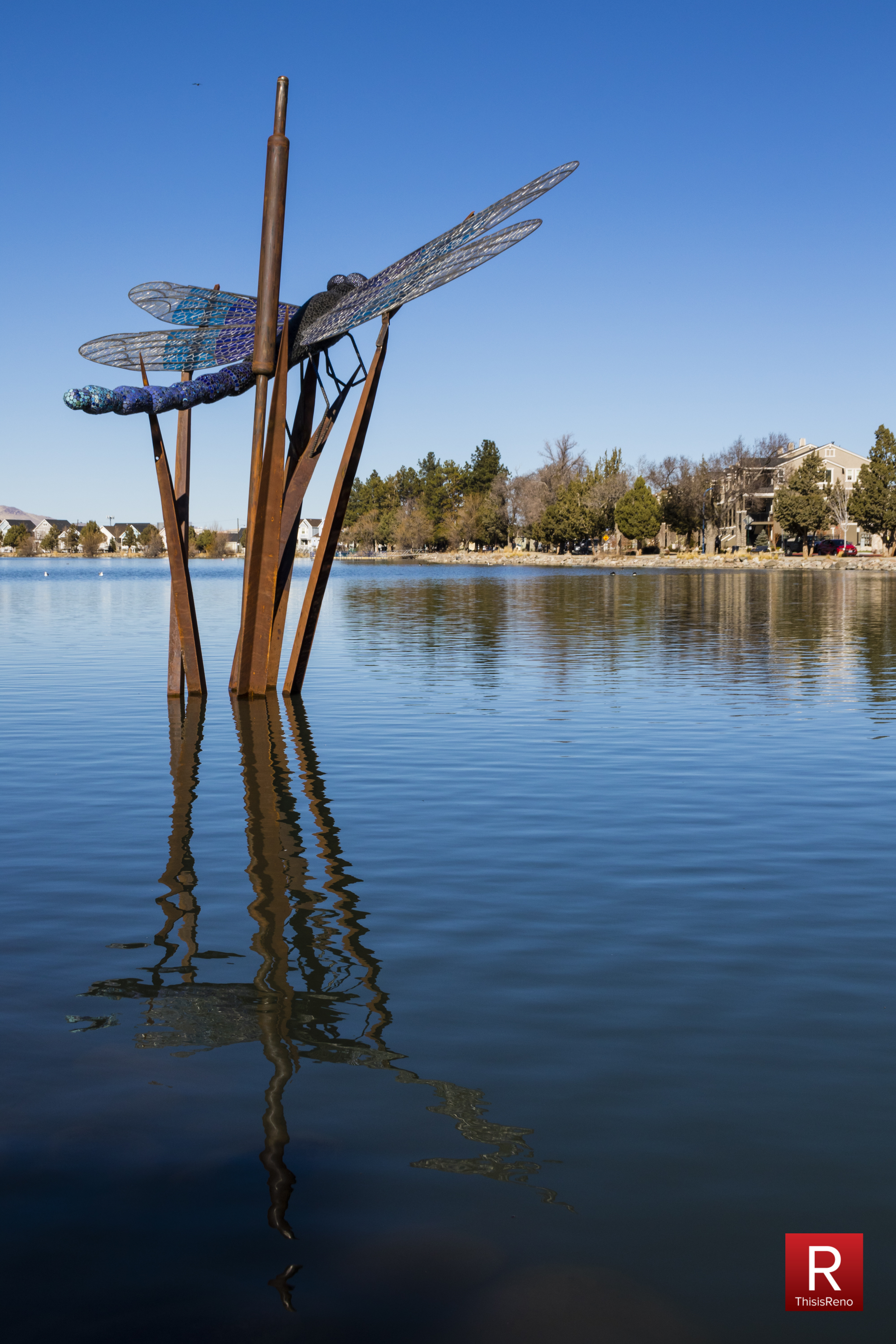 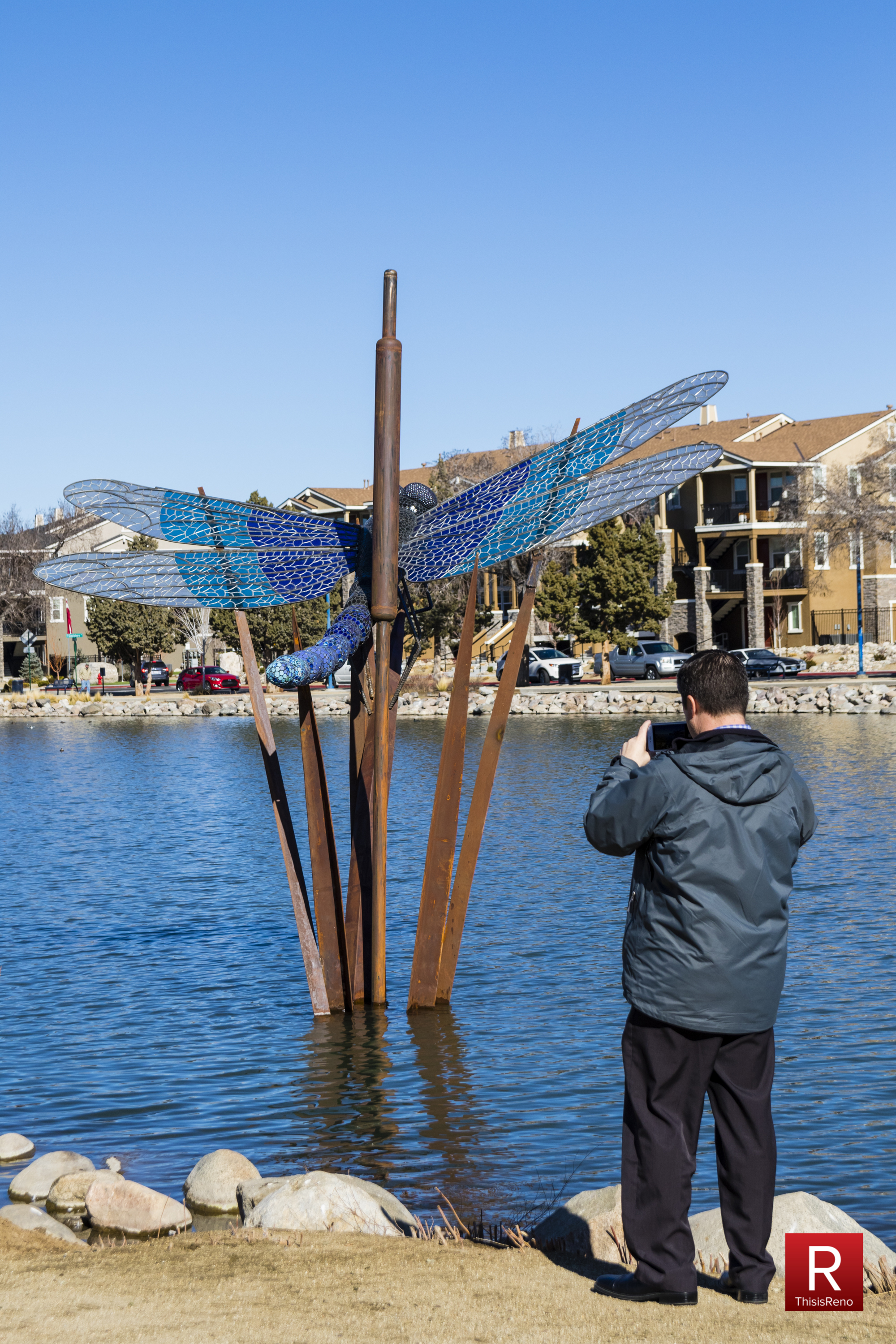 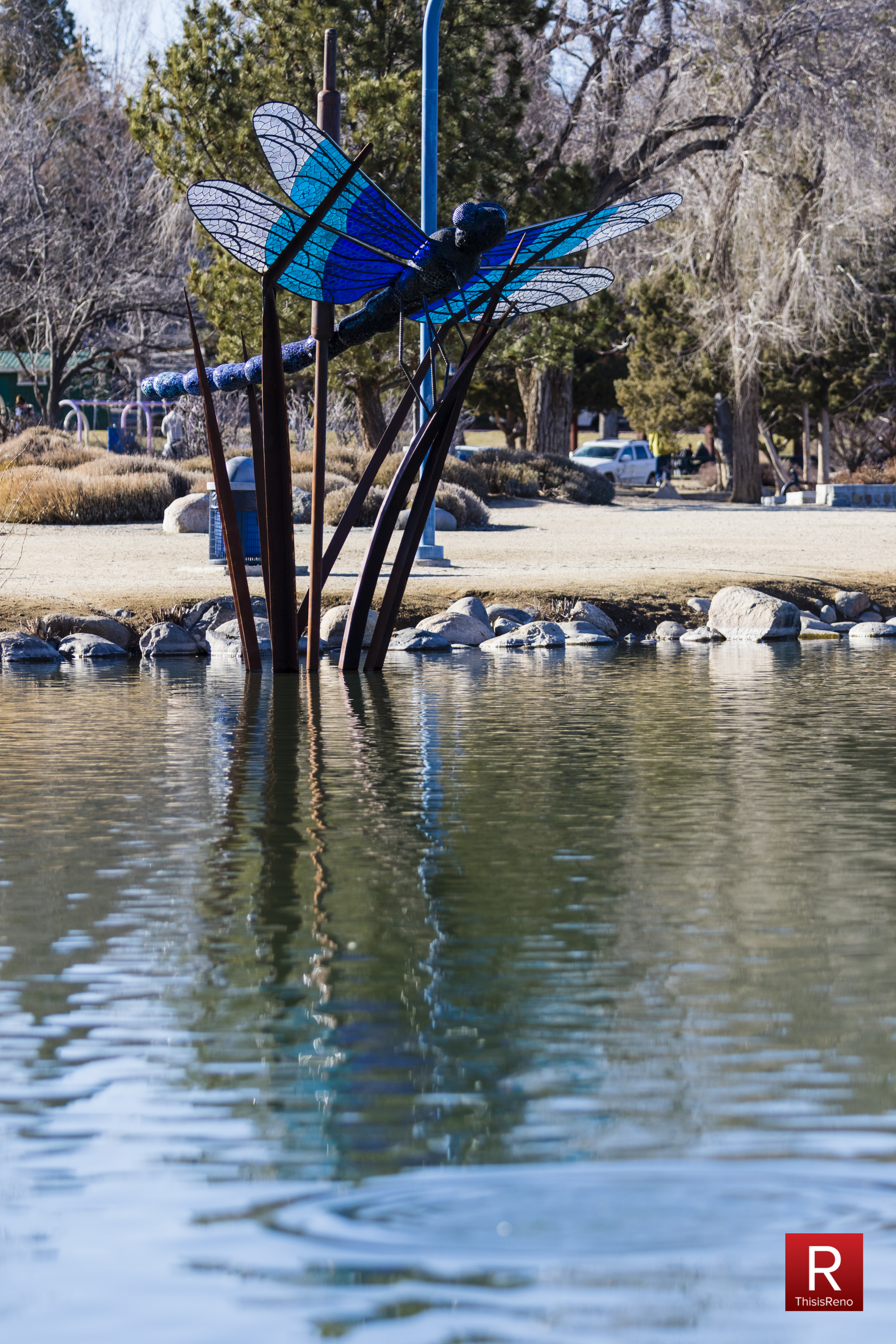 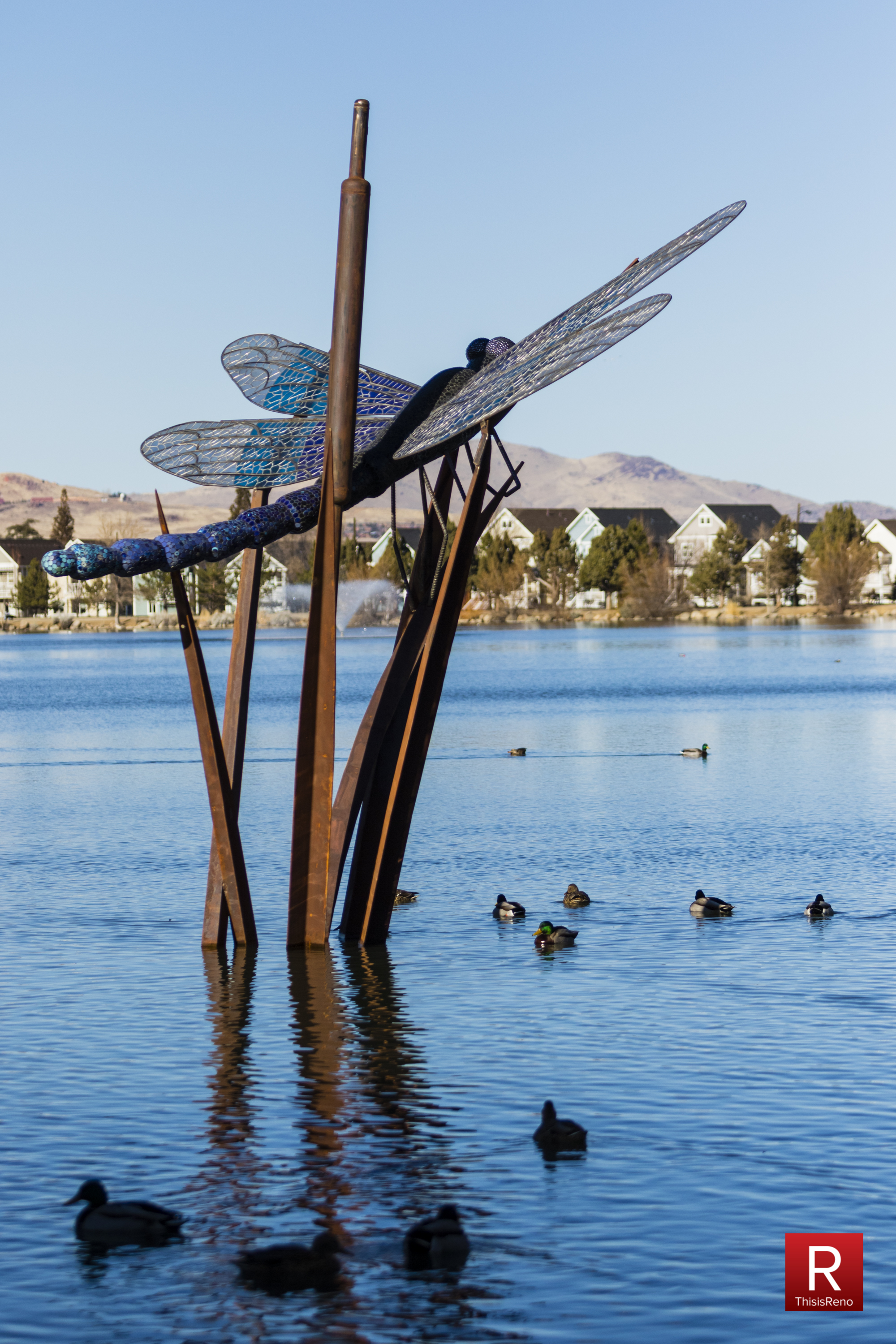 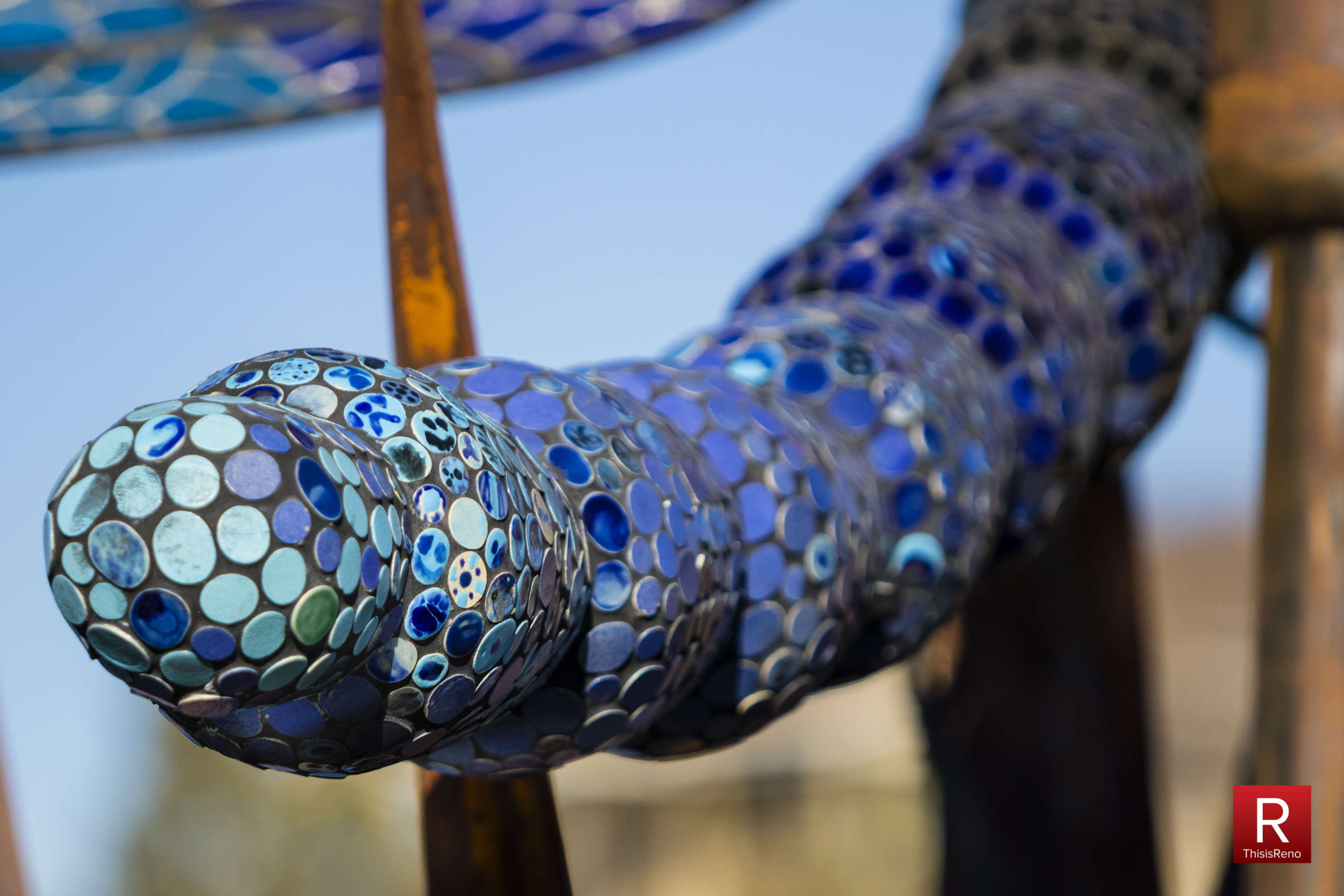 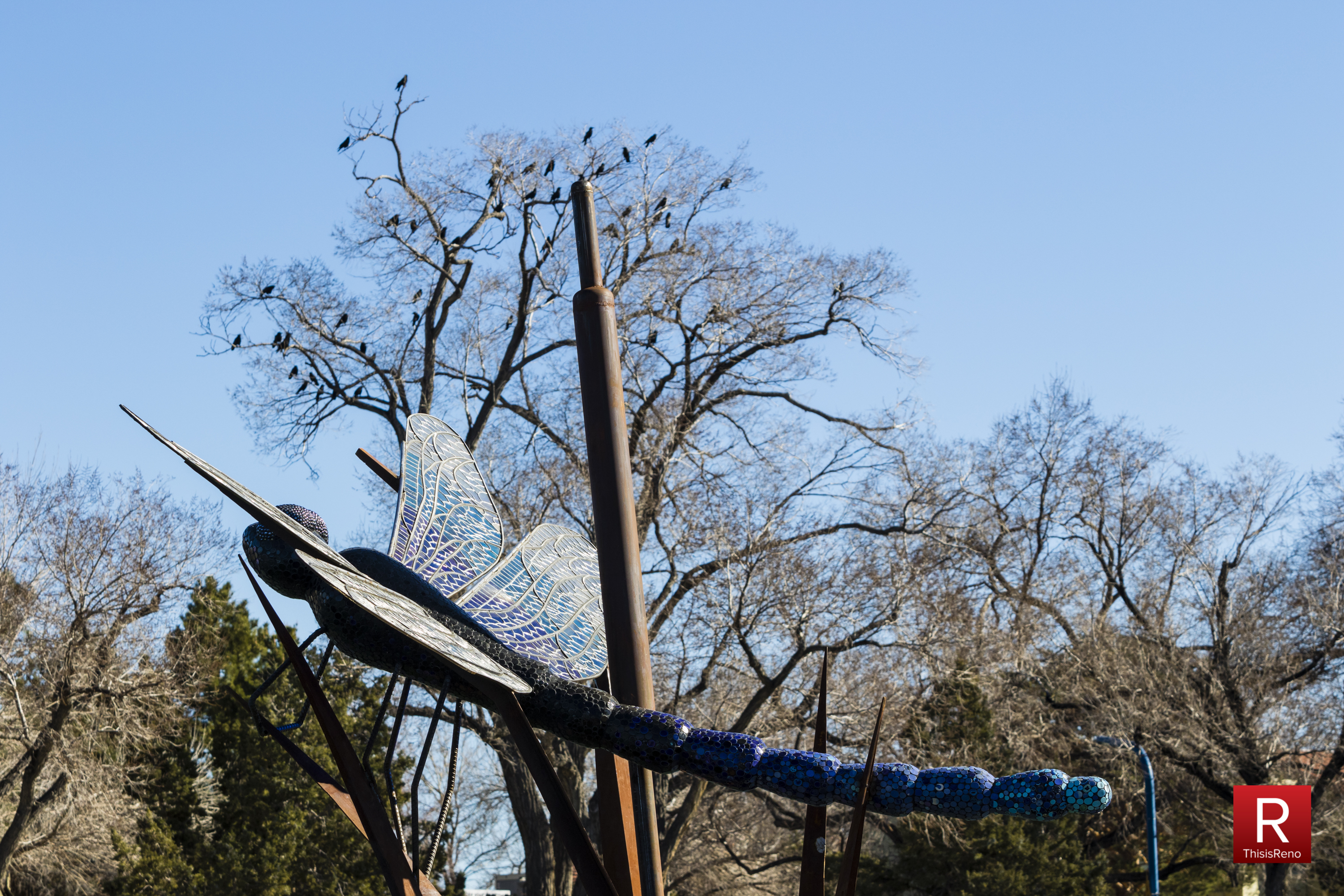 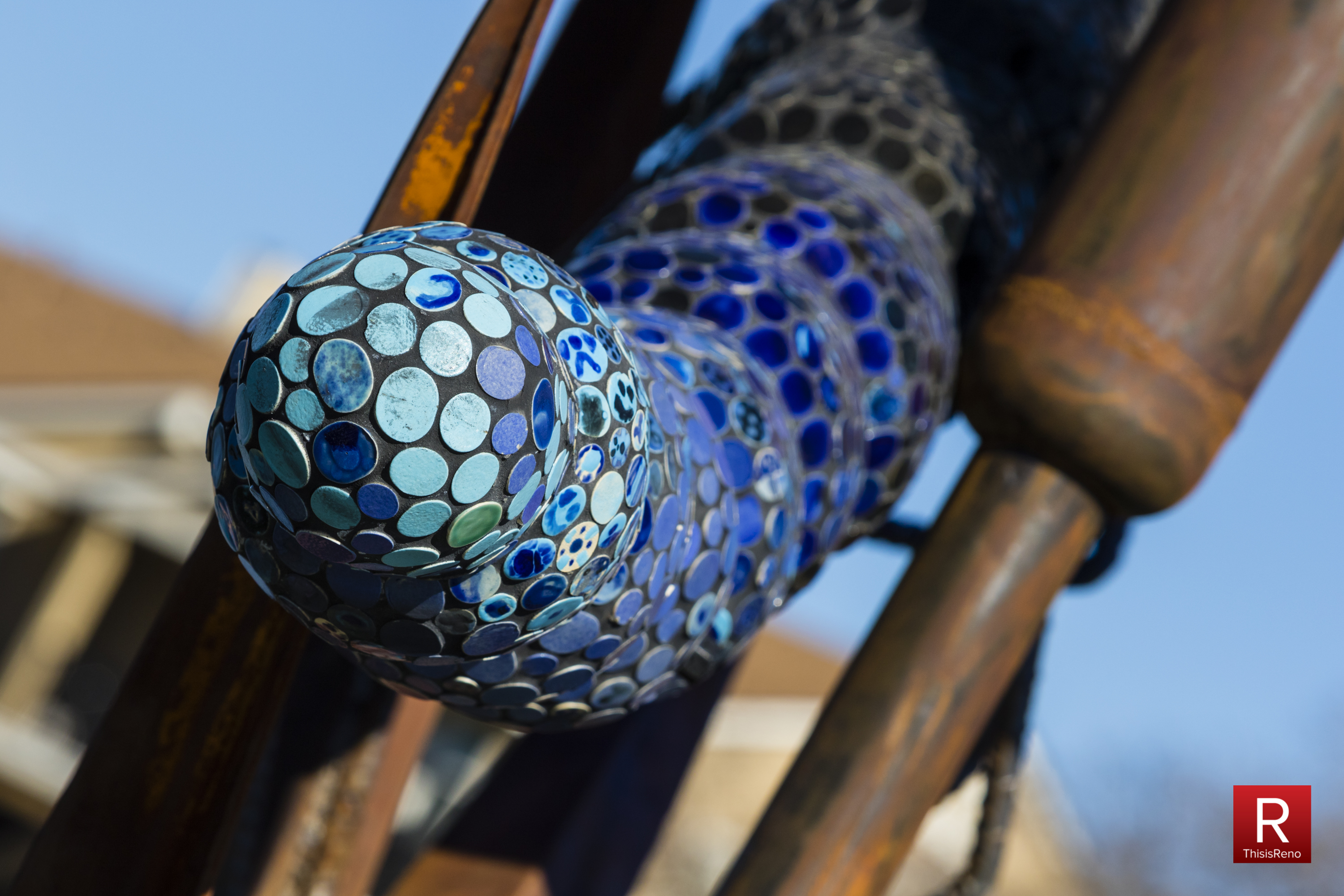 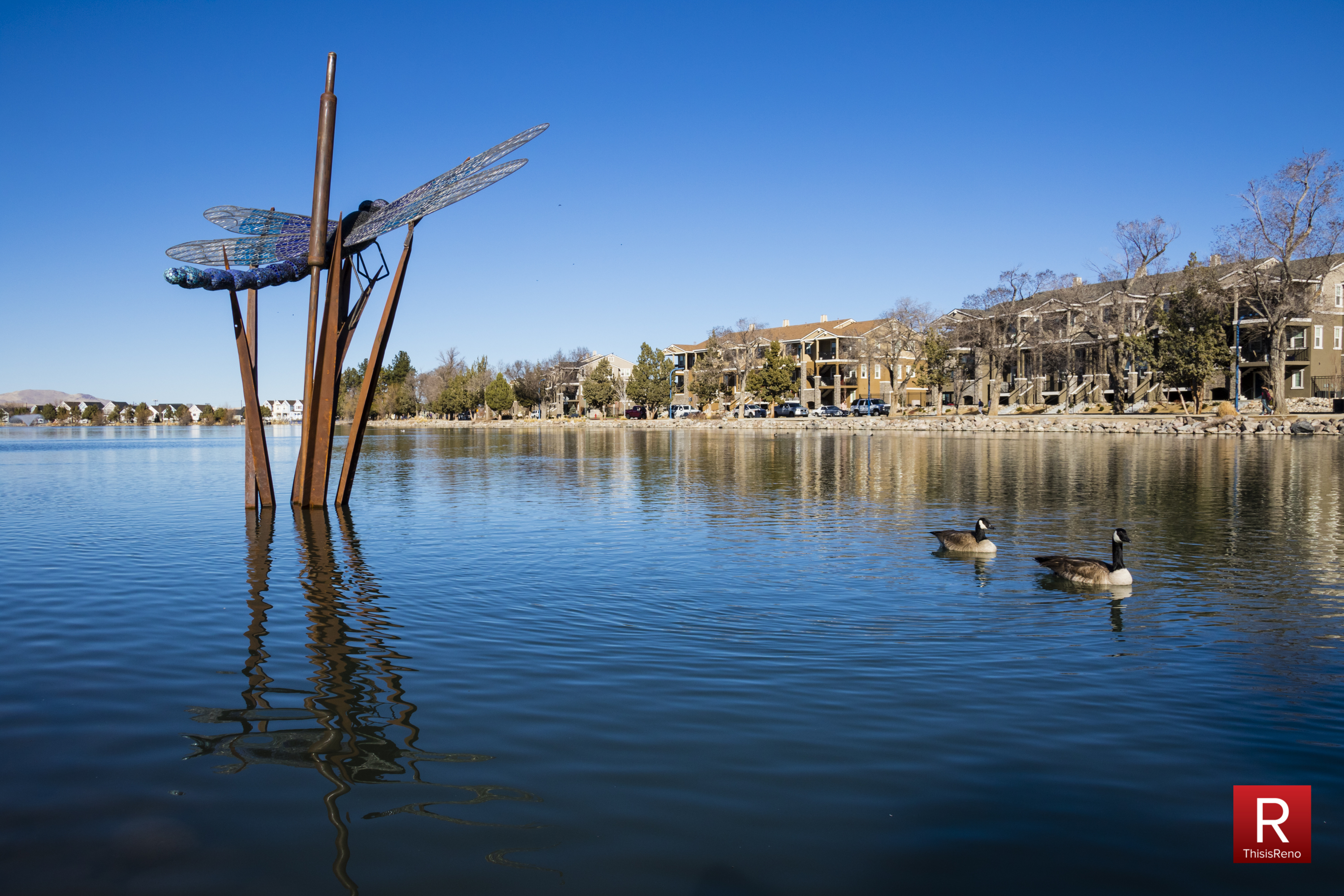 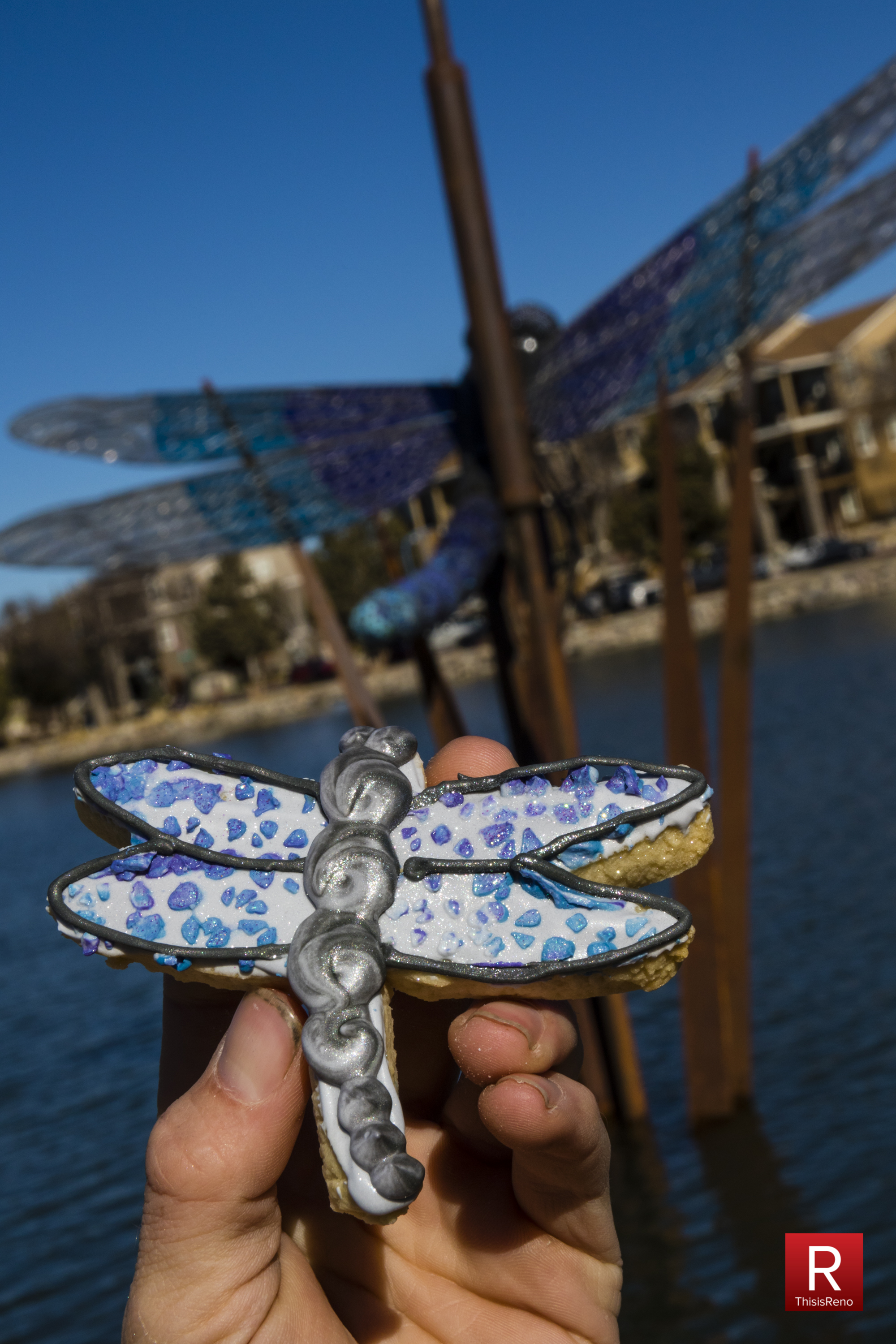 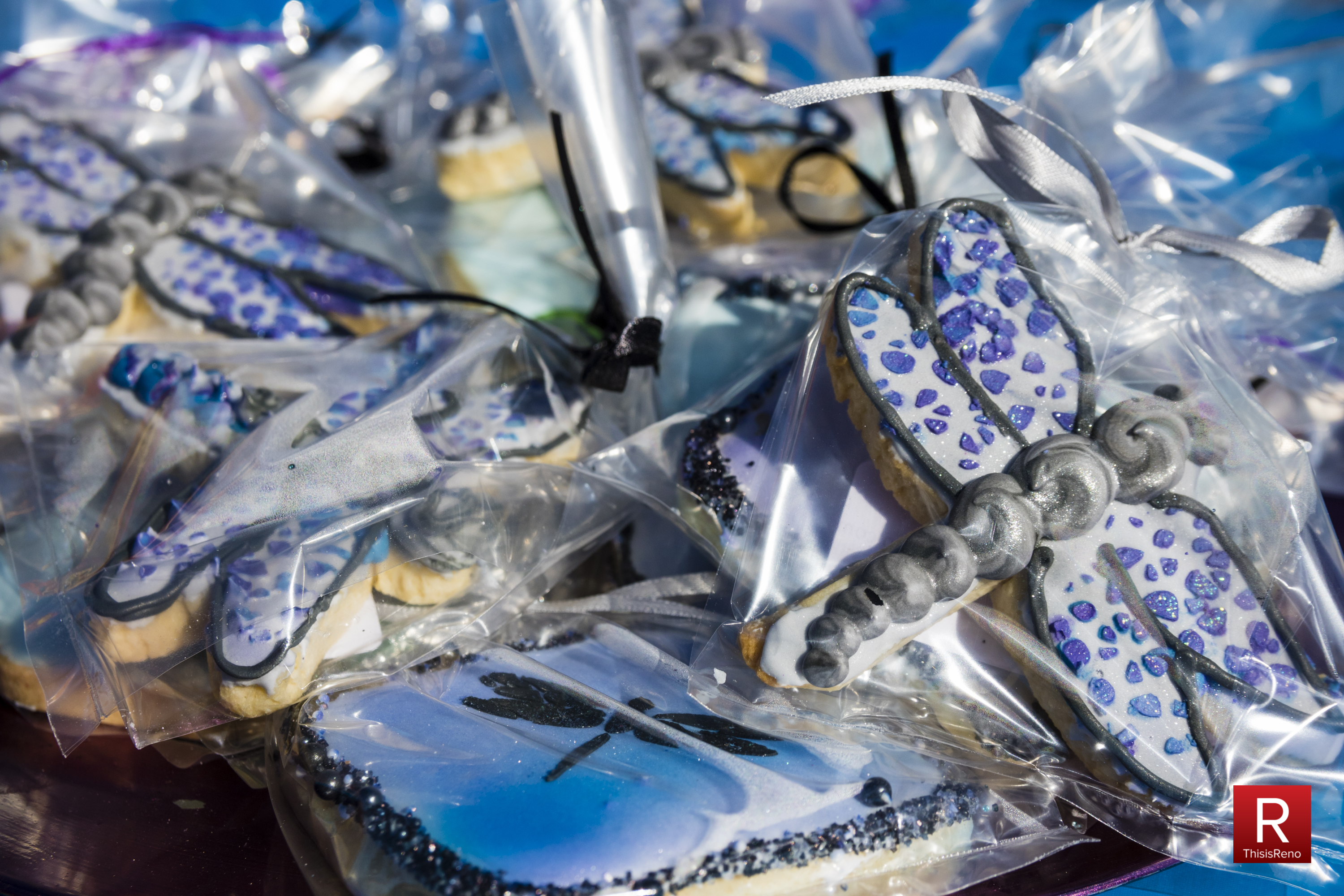 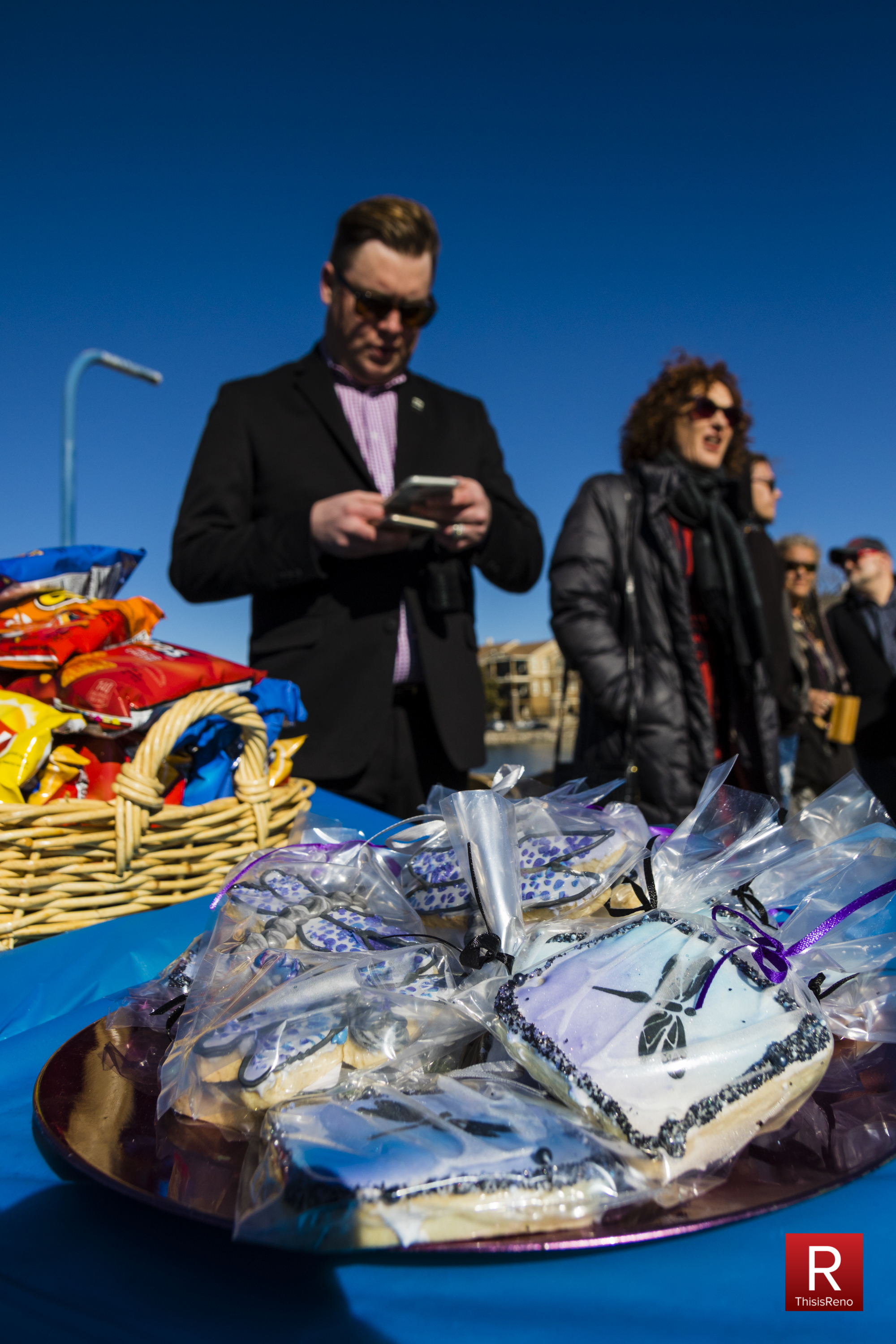 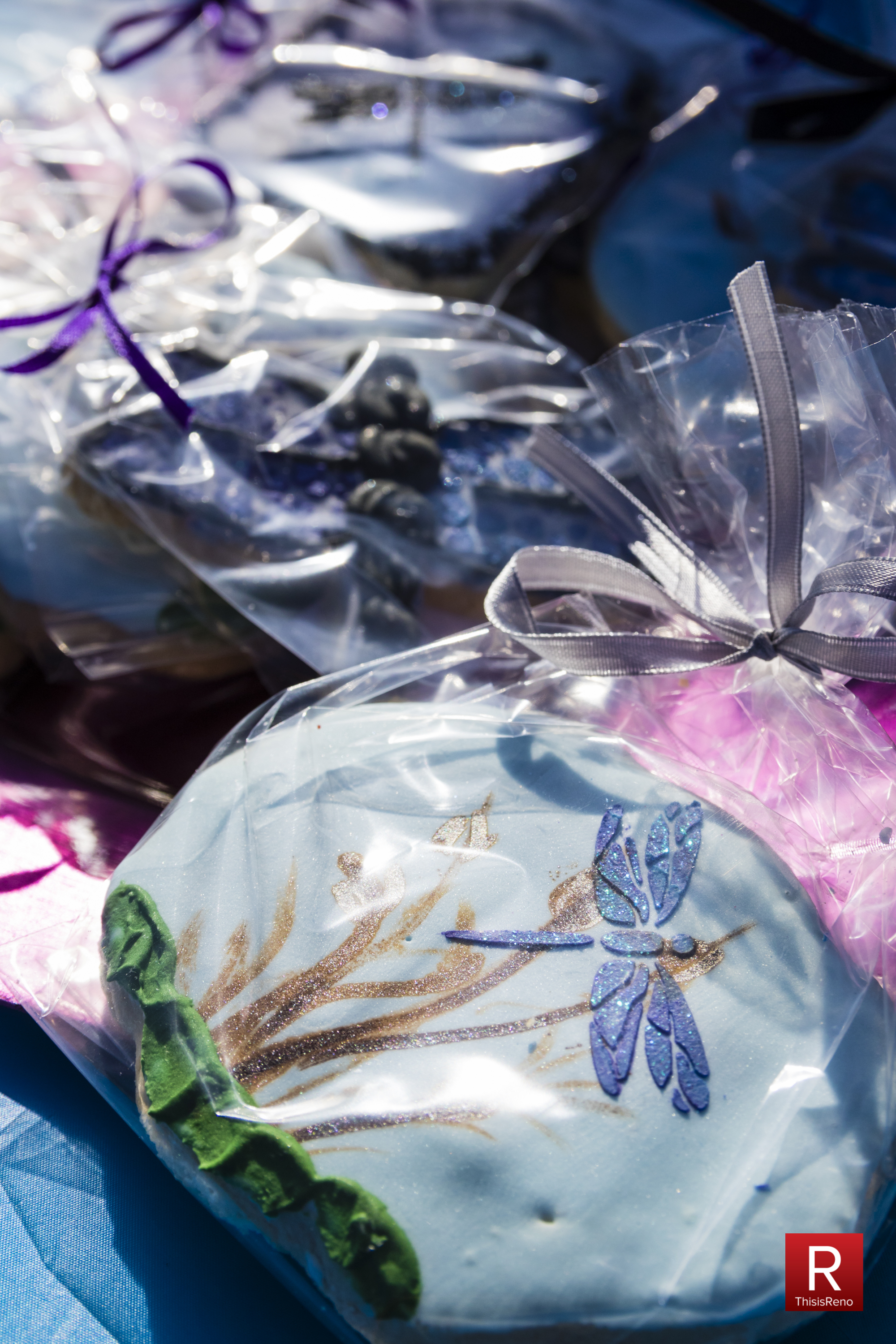 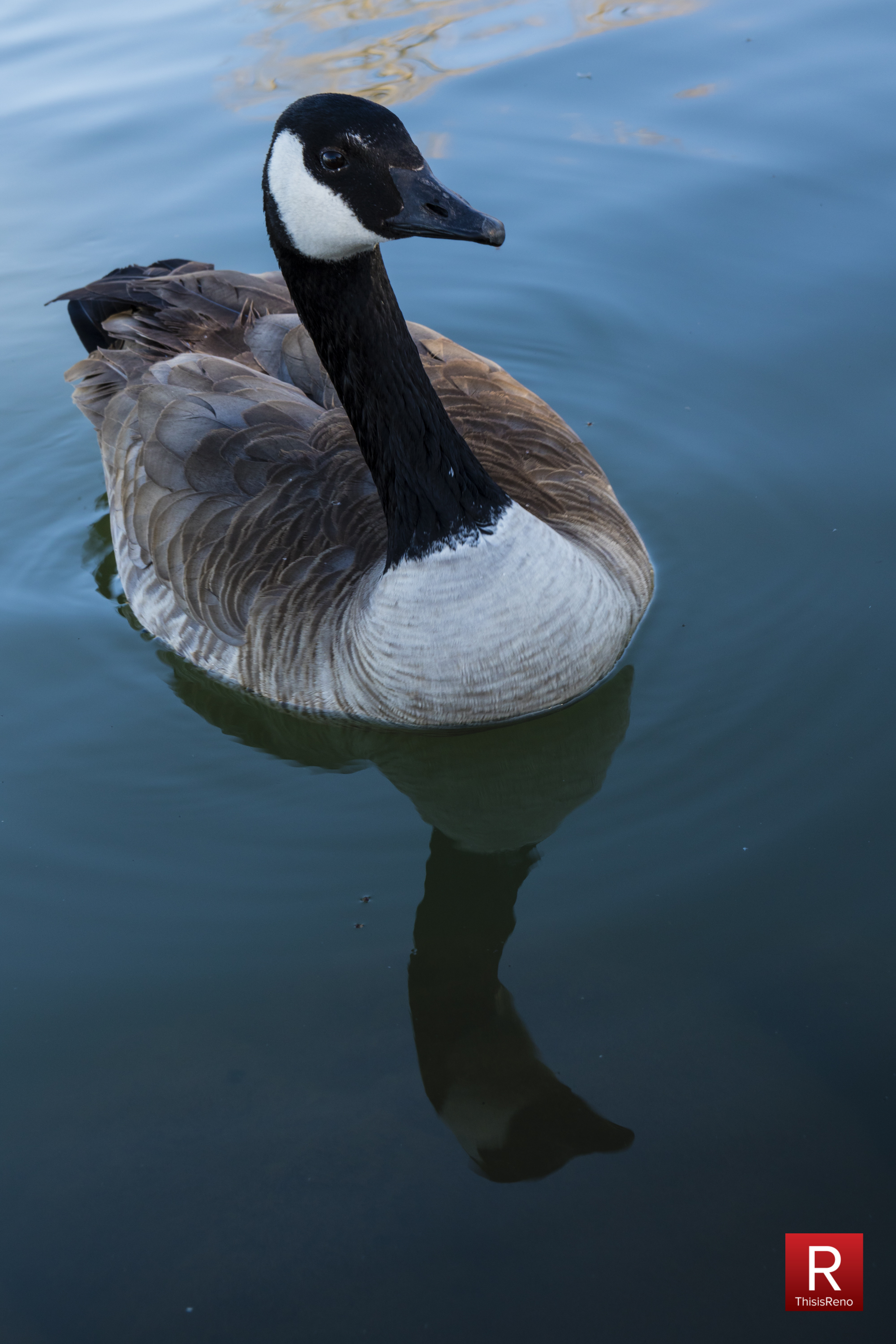 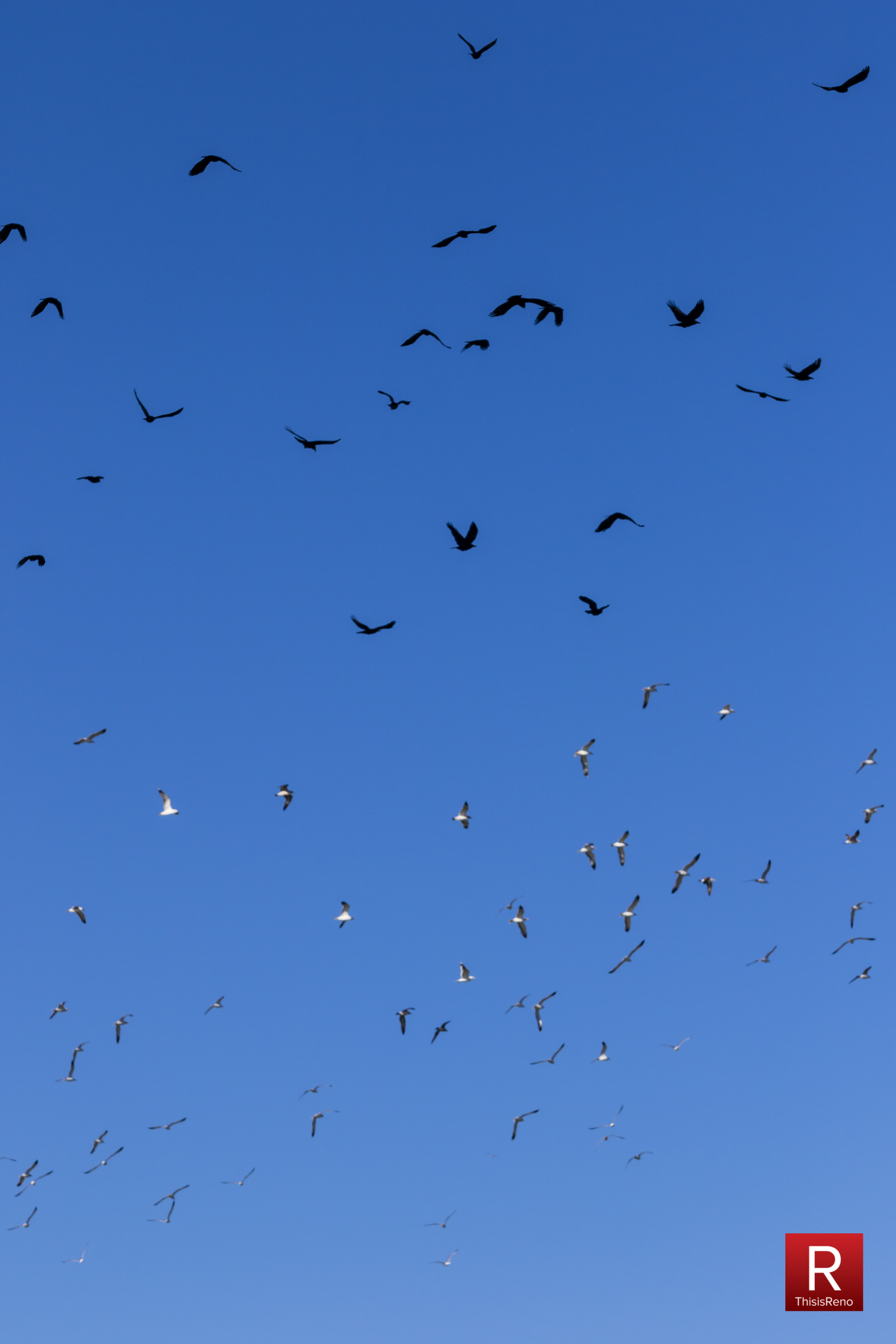 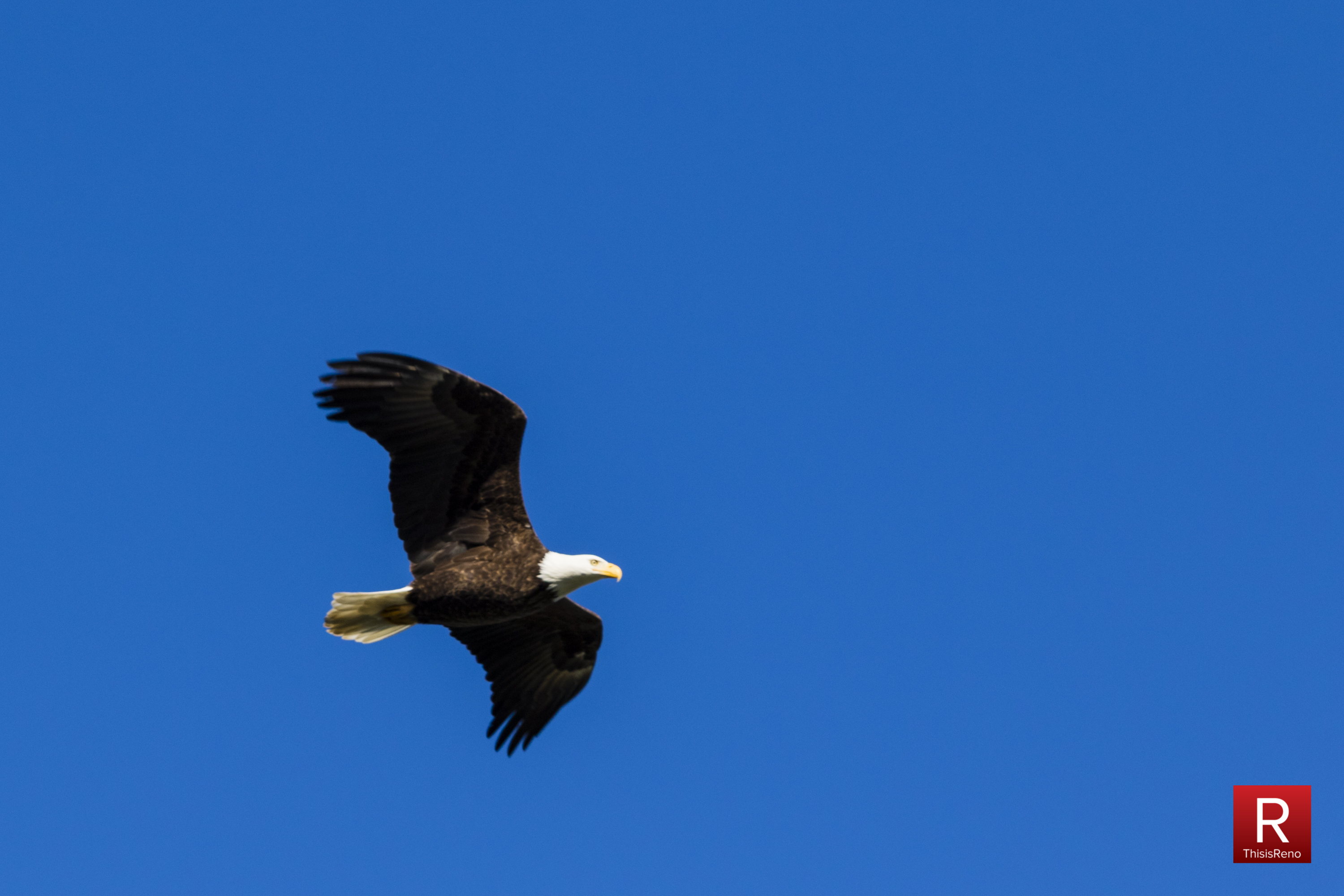 The City of Reno on Thursday dedicated a new piece of public art at Virginia Lake: a larger-than-life dragonfly on the lake’s shoreline.

The sculpture, by artist Peter Hazel, consists of a variety of materials including ceramic, stained glass, and welded steel. While the project ran months behind schedule, the final piece has added reinforcement to withstand the wind. Additionally, the ceramic tiles that make up the abdominal sections of the insect were painted by young students attending Anderson Elementary School, only a few blocks away.

Virginia Lake, a man-made lake from the 1930s, only has a maximum depth of around 12 feet and, as Reno City Councilwoman Naomi Duerr explained, the lake has had its issues in the past, especially regarding water cleanliness. Thanks to efforts by the city, water clarity has gone from 1 foot up to 4 feet. The dragonfly sculpture is part of the city’s efforts to continue improving the park’s appearance.

Virginia Lake is Reno’s third most-visited of 86 parks. During the dedication event a sustained amount of foot traffic passed by. Back in the early 2000s residents were strongly against the addition of art, saying that the lake had a natural look that should be preserved. Now, though, residents that attended the event were asking how they might get another artwork on the lake’s small island that currently serves as little more than a bird resting spot.