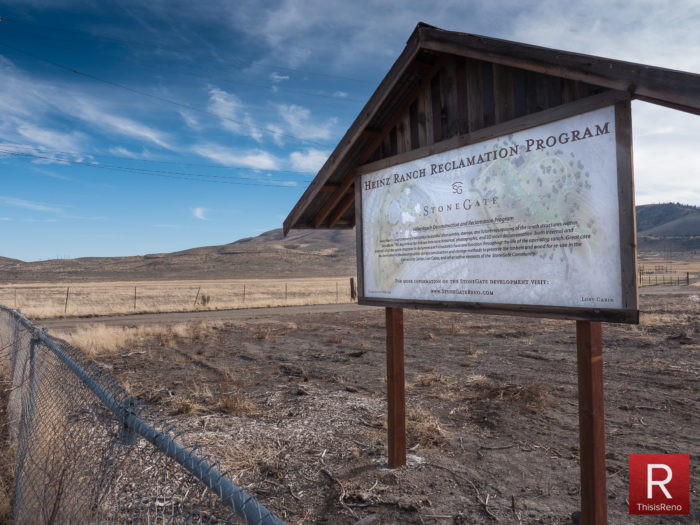 UPDATE (1/10/18): Developers today requested a month-long extension for the project’s approval, and the City Council agreed. StoneGate’s next hearing is scheduled for the February 14 council meeting. Nevertheless, residents overwhelmingly spoke against StoneGate during public comment. Dozens submitted written comments, and all but one public commenter at today’s meeting spoke in favor of the project.

The controversial StoneGate development planned for Cold Springs goes back in front of the Reno City Council tomorrow. The development promises 5,000 residential units developed over the next 20 years.

Council kicked the project back to developers in November in a near unanimous — 6 to 1 — decision to come back to council tomorrow.

Developers have since attempted to address concerns about the development and maintain that the project will provide significant economic benefit to the city. City staff said:

At the November 15, 2017 Reno City Council meeting, the requested application for a Master Plan Amendment, zoning map amendment and associated Planned Unit Development tentative handbook was considered. During discussion, members of the City Council had questions regarding traffic options and availability for provision of services and infrastructure. The City Council also received correspondence from the applicant that included a fiscal impact analysis of the StoneGate site. The City Council had questions related to the applicant’s plans to provide water and wastewater services to the site. Council members discussed the findings regarding infrastructure and services, including Police and Fire.

The City Council continued the public hearing to January 10, 2018 in order to allow the applicant time to work with the City and other agencies to further address issues related to the items discussed above and to allow staff time to review and respond to the fiscal analysis. The previous public hearing staff reports are included as attachments to the November 15, 2017 City Council Report and are attached to this report for reference.

Council requested additional materials that related to provision of water and sanitary sewer services as well as drafts of the Fire and Public Safety Agreement and Parks Agreement so that this additional information could be considered in conjunction with the review of the PUD handbook.

Since the November 15, 2017 City Council meeting, staff has received letters from the Truckee Meadows Water Authority (TMWA) regarding water services and from Washoe County Community Services regarding the County’s ability to provide wastewater and treated effluent services.

North Valleys residents are vocally against StoneGate and have documented a litany of concerns about information presented by developers.

Cold Springs’ Rebecca Marko said: “I am very concerned about our understaffed police department being stretched even further out of the city core. Statistically, the city of Reno would need to hire 141 police officers just to bring us to the national average for our population in 2016 for a city our size, and the city staff discovered that the StoneGate development will create a tax deficit after 10 years. We could see the budget crisis of 2012 all over again.”

Local activist Bob Fulkerson, with the Progressive Leadership Alliance of Nevada, supports the opposition to the development. He called it, “one of the worst, sprawling developments in our town’s history… It is premature, irreversible, and spreads threadbare services.”

Council is scheduled to hear the matter tomorrow at City Hall at 4 p.m. or later. 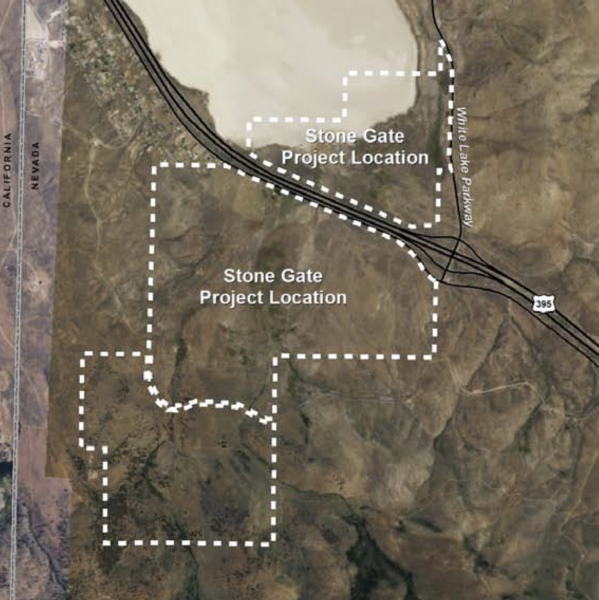