Traner Pool Expected To Open Next Summer with Improvements 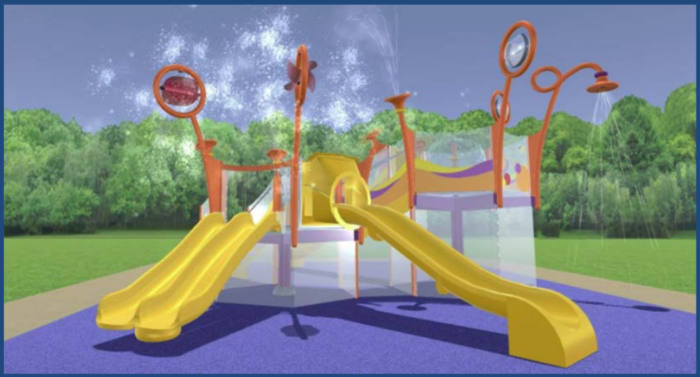 A conceptual rendering of proposed enhancements at the Traner Pool. Image: City of Reno

A makeover is planned for the Traner Pool, which has been closed this season due to its share of troubles that range from vandalism to needed age- and code-related repairs.

The Reno City Council on Wednesday heard a presentation on the matter from parks director Andy Bass, which outlined $1.3 million in needed improvements. The Council then approved up to $110,000 in Community Development Block Grant Funds for the project

Bass said $510,000 has been identified so far, leaving a funding gap of $790,000. The Community Foundation of Western Nevada is collecting donations and the city is applying for a grant from the Pennington Foundation, Bass said.

Amenities at the 44-year-old pool, 1600 Carville Drive, include eight 25-yard lanes, a water play area and double-flume slide. It was typically open for eight weeks in the summer and had about 7,000 visits each year. Swimming lessons and youth activities were also held there. 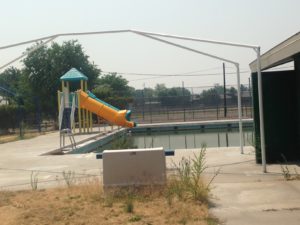 Bass said free lessons were offered to area elementary school students, which helped build a customer base for the pool.

Councilman Oscar Delgado said children need to learn to swim, especially since Lake Tahoe, the Truckee River, and other bodies of water are so prevalent in the region.

“One of the top causes of deaths in kids is drowning,” Delgado said.

The pool was vandalized in March. Its electrical wiring, HVAC piping, boiler, and chemical system were damaged.

Repairing or replacing what was vandalized, along with bringing the property up to code, is approximately $350,000. Building maintenance, which includes a new roof, is about $300,000. Facility enhancement—interactive play features, new signage, and replacing front landscaping—will also run $300,000. Maintenance and security upgrades are expected to cost $100,000 apiece, while design fees and permits round out the remaining cost, Bass said.

“I see why we need to come up with big dollars at this point because our backs are against the wall,” Councilwoman Jenny Brekhus said.

Brekhus suggested an on-site “caretaker corner,” also known as a small living space for a staff member, which she said would reduce the risk of vandalism that has been a problem in parks.

“People say to close the restrooms but that’s not a solution,” she said.