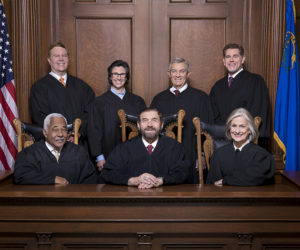 Kara White was principal at Lemmon Valley from 2008 through 2013, when she was suspended and ultimately terminated following concerns about her handling of school funds. An arbitrator upheld the district’s decision, which White then appealed to the Second Judicial District Court in Reno. There, the judge reversed the decision, ruling that the arbitrator exceeded his authority in upholding the termination.

The school district then appealed the case to the Nevada Supreme Court and met with a mediator in attempt to settle the case. When mediation was unsuccessful, the state Supreme Court agreed to take the case.

According to the decision, White had received training on proper use of school funds upon becoming principal. Such training emphasized that student activity funds couldn’t be used to purchase gifts for school staff.

In 2009, Lemmon Valley was randomly selected for an audit, which found the school used student activity funds to issue gift cards and buy meals for staff, which could’ve exposed the district to IRS penalties and fines. White was warned, according to the court’s decision, and she said she’d no longer engage in such practice.

However, the court said a school counselor in 2013 contacted the district when White gifted her a $149 necklace purchased with school funds. Around that time, Lemmon Valley was holding biannual fundraisers with proceeds deposited as student activity funds, reportedly for playground equipment and classroom supplies.

“In April 2013, White received a notice of recommended dismissal following the district’s investigation of her misuse of student activity funds,” the decision’s summary stated. “During the investigation, the district found White’s response to the audit during her meeting with the district to be ‘less than credible’ when she claimed to be unaware of the manual, despite her prior misuse of student activity funds during the 2009 audit, which was discussed with her personally.”