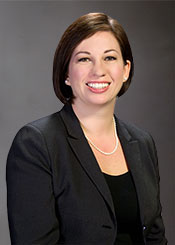 “I disagree with the opinion, as I believe it is arbitrary, capricious, and inconsistent with other opinions offered by the Attorney General’s office,” he said.

But at last week’s council meeting, when the open meeting law violation was discussed, Hall changed his response.

“We certainly take this as an opportunity to brush up on the open meeting law,” he said. “We take the recommendations of the Attorney General to heart, and we will strive not to venture into this territory ever again.”

At that meeting, the city acknowledged the violation, and today Newby said that the AG’s office was satisfied with the city’s response.

The complaint was filed by Eddie Lorton, who said that the city improperly noticed a meeting in December. The AG agreed.

AG spokesperson Monica Moazez said that city did not intentionally violate the law.

“Strict compliance with Nevada’s open meeting law is paramount for a transparent and responsive government,” she said. “While the Reno City Council was found to be in technical violation, the staff opinion clearly finds that the council acted in good faith here.

“Based on the council’s historical pattern and practice of full compliance with the law, this technical misstep appears to be an aberration. We intend to work with the City of Reno to provide appropriate guidance where needed.”