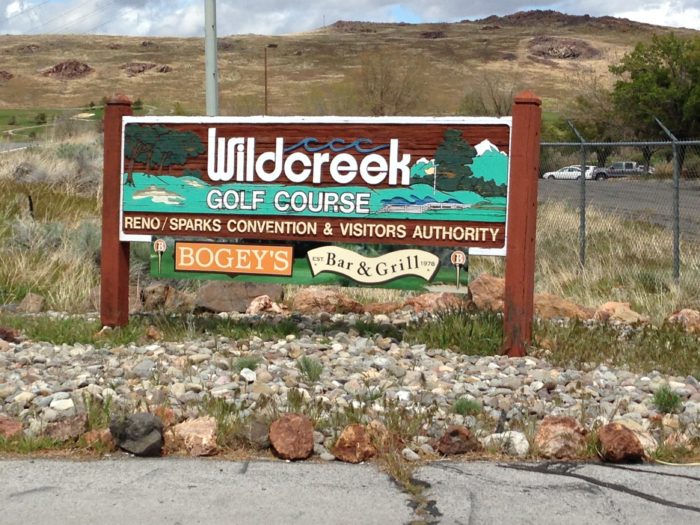 A letter of intent among several public entities for a high school at the Wildcreek Golf Course in west Sparks was approved Thursday by the Reno-Sparks Convention and Visitors Authority board.

Wildcreek Golf Course, 3500 Sullivan Lane in Sparks, is currently run by RSCVA but Washoe County plans to take over operations this summer. There’s an 18-hole, par-72 course and a 9-hole, par-27 course on site. The golf course operates at an approximate loss of $200,000 annually.

Tentative plans are for the Washoe County School District to purchase a portion of the approximately 200-acre Wildcreek property at appraised value from Washoe County and the county would then use the money to reinvest in the Wildcreek area.

The high school would likely go on the current 9-hole course and on part of the 18-hole course, depending on approval by the Federal Aviation Administration since the school would be on Reno-Tahoe International Airport’s flight path.

A reconfigured 9-hole course to serve the area in the future has been suggested. Proposals for the area also include a performing arts center, community center, hiking trail, swimming pool, tennis courts, a preschool, and outdoor learning center. 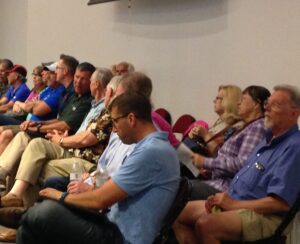 Golf is expected to continue until late 2018, when ground is expected to be broken for the new school, which has yet to be named. It will house about 2,500 students when it opens in 4 years.

Several golfers expressed frustration, noting a high school would bring traffic, noise and light pollution, damage wildlife, and cut into the availability of public golfing facilities. Many expressed support for a new school, but not at that site.

“There are so many other areas where you can build a high school,” Darlene Hesse told the board. “Wildcreek is not just a golf course. It’s a sanctuary.”

However, local parent Kristie Sheltra said plans for a high school at Wildcreek should go forward.

“Golf is a luxury and education is a necessity,” Sheltra said.

School board president Angela Taylor said finding the 60 to 80 acres needed to build a high school in an urban area is challenging.

“Schools take a lot of land,” Taylor said. “We don’t have a lot of space in the inner core of our community.”

RSCVA chairman Bob Lucey noted the board wasn’t entering into an agreement simply by approving a letter of intent.

“This is the first of many, many steps to come,” said Lucey, a Washoe County commissioner. “This is not just a golf course and high school. It’s a community project.” 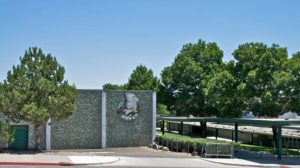 The new school would replace Hug High School, 2880 Sutro St., a comprehensive school built in the late 1960s that serves about 1,450 students. Plans are to close Hug at the end of the 2020-21 school year and send most of its students to the new school at Wildcreek, located 1.8 miles to the east. It would also draw from Sparks, Reed, and Spanish Springs high schools. Hug would then reopen as a career and technical academy in fall 2022.

However, school district chief operations officer Pete Etchart said exact costs to build the new school at Wildcreek haven’t been determined and could be higher than average because it’s more costly to build on existing-use property than it is on previously unused suburban land. Labor shortages and costs could also be a factor, he said.

Local engineering firm Wood Rogers Inc. has been retained to do environmental studies on the land, Etchart said. Discussions regarding traffic and other intricacies are ongoing with various agencies, he said.

The Washoe County Commission, Reno and Sparks city councils, Washoe County School District board of trustees, and RSCVA held a joint meeting May 1 to hear ideas about the project. The county, cities, and school board agreed to the letter of intent to work together to start the process.

RSCVA, which had four of nine board members in attendance, didn’t have a quorum then.