Thirty-four years ago, in 1983, April was declared National Child Abuse Prevention Month by a Presidential proclamation. It is an opportunity to highlight a system of care for those children victimized and traumatized by abuse. It is an opportunity to pause from daily routines and acknowledge participants in the child welfare system who are committed to promoting the social development and well-being of children and families. 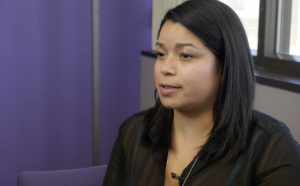 Grace, a previous foster youth, shares her story during this important month of awareness, and how her CASA (Court Appointed Special Advocate), Susan, served as her voice in court.

Grace’s story happens too frequently for youth who disclose abuse or neglect. Today, more than 900 abused and neglected children live in foster care in Washoe County because they cannot live safely at home. Each year more than 400,000 children experience foster care in the United States.

When these children are removed from their homes and placed in foster care, they are often placed with caregivers that they have never met. These children are away from everything familiar, while entering into a world filled with social workers, lawyers and judges making life-decisions on their behalf. CASA volunteers advocate for an abused or neglected child in family court proceedings.

Being forced to relive abuse day after day is re-traumatizing and confusing for children, exacerbating trauma symptoms. Virtually everyone who has worked in child welfare acknowledges that there must be a better way to help children in need.

The mission of a CASA worker is to advocate for the best interests of children who are under the protection of the juvenile court, seeking to assure safe, permanent families for them as quickly as possible.

“The State of Nevada and the federal government have decided judges are the gatekeepers for what happens and doesn’t happen in the life of a child in foster care,” said Judge Egan Walker, Washoe County Second Judicial Court and board director of the National Council of Juvenile and Family Court Judges (NCJFCJ). “It, therefore, falls to me to be educated and informed about what works for kids, about trauma and trauma-informed practices, and to really elevate the best interests of a child above the interest of any of the individual players in the system.”

In 2008, Prevent Child Abuse America introduced the pinwheel as the new national symbol for child abuse prevention through Pinwheels for Prevention®. The pinwheel connotes whimsy and childlike notions. In essence, it has come to serve as the physical embodiment, or reminder, of the great childhoods we want for all children. Members of the NCJFCJ, Washoe CASA Foundation and more will be gathering in a pinwheel garden at the Aces ballpark on April 20th for National Child Abuse Prevention Month. The pinwheel garden will consist of 365 pinwheels, one for every day of the year.

For more information on becoming a CASA volunteer, visit washoecasafoundation.com. To learn more about the National Council of Juvenile and Family Court Judges, visit ncjfcj.org.