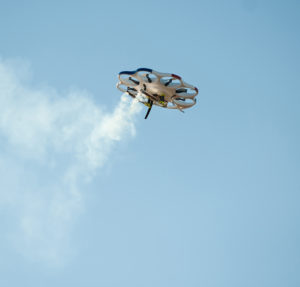 A tentative $43 million budget for next fiscal year was approved Wednesday by the Truckee Meadows Water Authority board, which includes no money for a cloud seeding program because funds were left over from this past season.

Wintertime cloud seeding is a form of weather modification aimed at enhancing snowfall in mountainous regions to increase the snowpack, resulting in more spring runoff and water supplies in the surrounding areas.

However, above average snowfall this winter resulted in just $75,000 of the $210,000 from TMWA being spent this season by Desert Research Institute on cloud seeding.

Some board members said DRI doesn’t need the money replaced because it still has $135,000 unused and it’s expecting $680,000 for cloud seeding to come from the state.

Sparks City Councilman Ron Smith suggested $75,000 be in the budget for DRI in case funds don’t come from the state.

“It’s easier to put money in now and take it out later than it will be to add it later,” Smith said.

Reno City Councilwoman Naomi Duerr said if the $75,000 becomes a key issue for DRI, TMWA could use reserve funds.

A final budget is scheduled to be approved in May and is due to the state Department of Taxation in early June.

The water commission focuses on improving water resource planning at the regional level and facilitating coordinated resource management. Several elected officials from Washoe County, Reno, Sparks, Sun Valley General Improvement District and TMWA make up the board, which was created by the state in 2008. Additionally, the municipalities and TMWA approved an inter-local agreement then.

“Is there a benefit to getting rid of Western Regional Water? Moving forward, it’s something we need to look at,” Hartung said. “Is it a necessary board? If not, I’m not going to lose any sleep not having to show up for another board.”

Since the water commission was created by state statute, the legislature would have to agree to dissolve it but any action would have to wait until the 2019 session, TMWA staff said.