The Latino population in the region is projected to grow 3.2 percent per year and account for 26.4 percent of the county’s population in 2020, according to estimates from the State Demographer. In hopes of better informing and engaging the area’s growing Latino community, the City of Reno recently launched “Creemos Reno,” a new bilingual citywide Spanish communications plan.

As part of the plan, the City of Reno is currently airing a Spanish TV commercial on local stations directing people to go to Reno.gov/Espanol, where the City will continually update with important community issues. The website also includes an English version of the commercial, which is also currently airing on the City’s government channel, Charter 194.

Additionally, citizens can connect via the “Creemos Reno” Facebook page and engage by using the hashtag #CreemosReno on social media.

“This is an important step in bridging the gap with our Latino community,” said Reno Mayor Hillary Schieve. “Our Latino population is growing at a significant rate, so it’s vital that we stay connected and keep pace with this important demographic shift.”

Current and projected demographic numbers demonstrate the need for an increased communications emphasis on the Latino community as the 2010 U.S. Census reported the Latino population in Reno as 24.3 percent, roughly a quarter of the population. Creemos Reno will expand its efforts and mediums over time, including regular newsletters, cultural celebrations and events, and community partnerships. 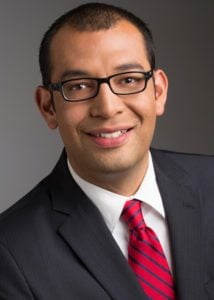 Ward 3 Reno City Council member and advocate for the Latino community, Oscar Delgado, will talk about this new campaign in a presentation at the upcoming 2017 Northern Nevada Diversity Summit.

“I am excited to add an additional engagement platform targeting the Spanish speaking Reno residents,” Delgado said. “As a City, it’s important to be at the forefront of our community’s need, and I have full confidence this is the start to broader communication and involvement.”

The Northern Nevada Diversity Summit will be held on Thursday, March 30, 2017 in the Joe Crowley Student Union Building on the University of Nevada, Reno campus.