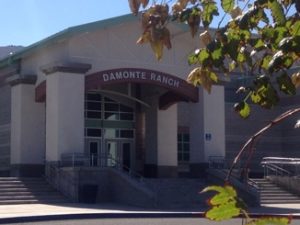 Funds for a buildout to Damonte Ranch High School were approved Tuesday by Washoe County School District trustees, and the addition is scheduled to be complete in December.

The $10.7 million bid was awarded to Clark/Sullivan Construction. A groundbreaking for the project, which will consist of 22 new classrooms totaling 36,000 square feet, is scheduled March 16.

“Clark/Sullivan has worked with the district a number of years and they’ve built 15 of our 23 pinwheel (designed) schools,” said Andrea Sullivan (no relation), district director of procurement and contracts.

Damonte Ranch, 10500 Rio Wrangler Parkway, opened in 2003 with a capacity of about 1,500 students and an expansion intended for the future. The current enrollment is more than 1,800.

Washoe County question 1, a 0.54-cent sales tax increase that is expected to raise $781 million during the next nine years to build 15 new schools, passed in November. Consumers should see the sales tax increase from 7.725 percent to 8.265 percent in or around April, with the school district receiving its first proceeds about three months later.

Funds will also expand existing schools and refurbish aging ones. Washoe County currently has 93 schools that serve about 64,000 students. Enrollment is expected to increase 1.7 percent annually through 2025.

This money cannot be used for teacher or administrator salaries or other school operations.

An elementary school on an eight-acre site in the South Meadows near Double Diamond Ranch donated to the district by a developer would be next priority, along with middle schools in Sun Valley and Spanish Springs.