Check It Out: Reno Gets New Sidewalk Art | KUNR 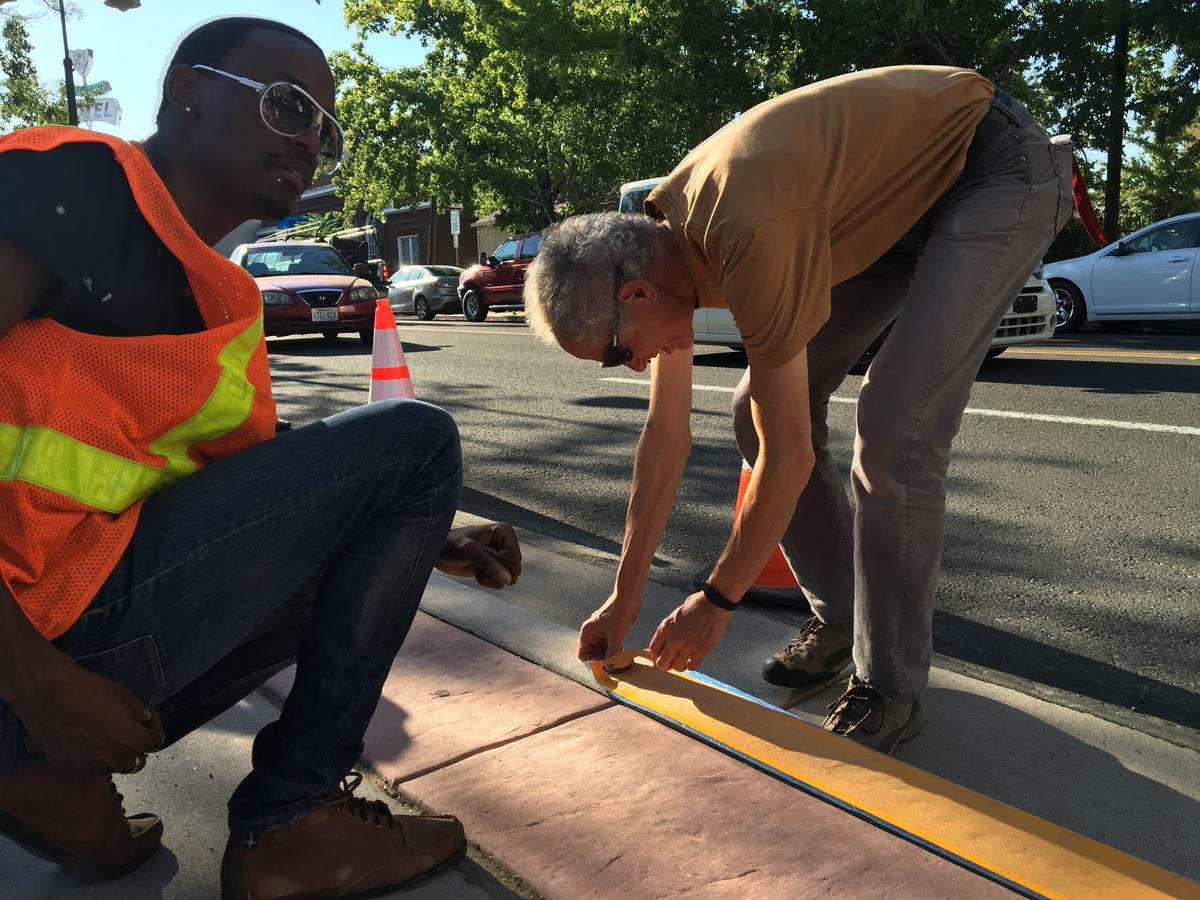 The city of Reno is testing out a new sidewalk art project named, “Confluence.” Reno Public Radio’s Alexandra Mosher has the story. Reno residents walking along the Truckee River downtown, may encounter cursive yellow prose winding along the sidewalk.

Berkeley artist Todd Gilens and volunteers recently laid the script after Gilens approached the City of Reno to be a part of his project. He’s also putting up similar displays in San Francisco and Mammoth Lakes.

“What I hope people get from the project is a sense of reflection about the space that they’re in.”

Alexis Hill is the Arts, Culture and Events manager for the city,