North Valleys Development Gets City and County Approval to Proceed

By Carla O'Day Published: August 16, 2016Last Updated on August 18, 2016
The Sky Vista development will put up to 21 apartments per acre on 55 acres in the North Valleys. 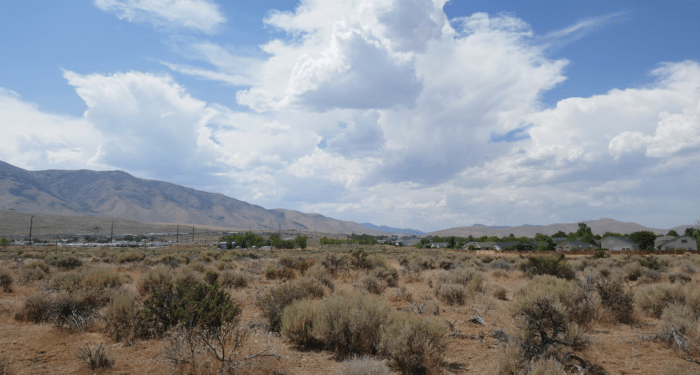 The Sky Vista development approved for up to 21 apartments per acre on 55 acres in the North Valleys.

Apartments will be marketed to millennials

A master plan amendment that would add several hundred apartment units to the North Valleys was unanimously approved today, with little discussion, during a joint meeting of the Washoe County Commission and Reno City Council.

The project involves 55 1/2 acres along the south side of Sky Vista Parkway about 900 feet west of its intersection with Trading Post Road. This land was zoned to allow three to seven dwelling units per acre, but it will be removed from the 4,300-acre Reno-Stead Corridor Joint Plan and zoned mixed residential to accommodate up to 21 units per acre. 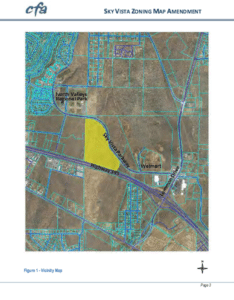 However, developer Charles Bluth said his project, The Lakes at Lemmon Valley, will be 14 units per acre with about half of the property reserved for open space. It’s being marketed to single millennials.

“It’s a very unique project for Reno,” said Bluth, noting that young people are waiting longer to marry and start families. “There’s a gap in the market.”

For example, Bluth said most apartment complexes in Reno are up to 30 units per acre and generally start at $1,300 per month. The Lakes at Lemmon Valley will have studios, one bedroom, two bedroom one bathroom and two bedrooms two bathrooms. Rents are expected to start at $795 per month, he said.

Additionally, Bluth said a 15,000 to 20,000 square foot club house is planned, along with a tech room. Although the complex is being promoted to singles in their 20s and early 30s, he said people of any age would be able to rent.

A traffic study would be done at the time of development.

Nevada Department of Transportation is also doing a study that should be ready in about a year to help pinpoint improvement to I-80 & US 395. It’ll analyze future traffic projections and needs through 2040.