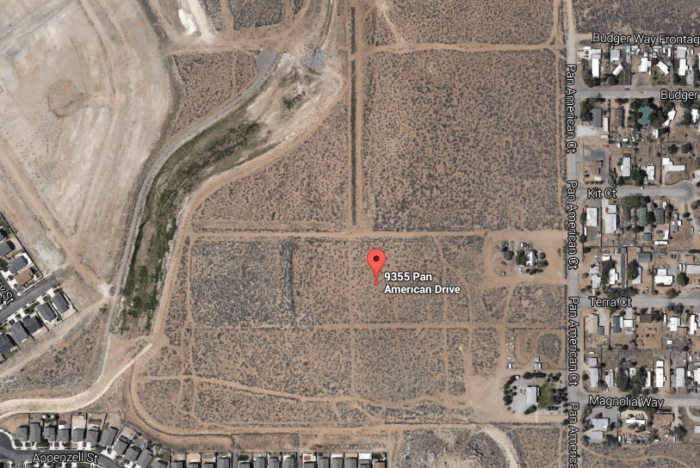 About 30 acres in the North Valleys was rezoned by the City Council on Wednesday to allow for more dense residential development in the future.

The three parcels are about 10 acres each and will be zoned single family residential to allow for a minimum 4,000 square foot lots.

Two are located at 9325 and 9355 Pan American Way, west of the street’s intersection of Terra Court, which were approved in May for annexation into the city at request of property owners Cleveland and Doris Pipkin. It was zoned medium density suburban when it was party of Washoe County, which meant building square footage couldn’t exceed 50 percent of total lot acreage.

The other is a vacant parcel on the west side of Pan American Way that intersects with Budger Way and Kit Court. It’s owned by the Castillo Family Trust. Land was previously zoned for a minimum lot size of 15,000 square feet.

Whether it’s intentional or not, developments are being proposed in small pieces, Councilman Paul McKenzie said. These projects need to be under one map so the cumulative effect could be seen, such traffic on Lemmon Drive, which he said is over capacity.

“We’ve got three separate proposals going through the process,” McKenzie said. “If you look at them independently, none trigger the need for traffic studies.”