Washoe School Board President Is The Only Incumbent Running | KUNR 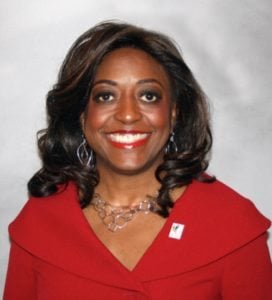 Out of the 20 candidates running for Washoe County School Board, only one is an incumbent. Board President Angie Taylor is running against two challengers to keep her seat for District E which covers north Reno above I-80. Our News Director Michelle Billman has more.

At a forum last night hosted by the Reno Gazette-Journal, Taylor stood out as the only candidate for two districts who supports the controversial contract for superintendent Traci Davis. That contract includes a base salary of $238,000 along with back-pay, a car allowance, and other benefits.

“I would submit this: the superintendent of our schools, the one who is responsible for the safety, security, and education of the most precious commodity that we have, and that’s 64,000 young kids, young minds, should be paid fairly,” Taylor says. “That’s not the position that you want to undercut and say, ‘Hey, can we get somebody for $75,000 a year?’ Maybe we can, but is that the person that we want?”

One of Taylor’s challengers is Carlos Ledon, a manager for a company called Ferguson Waterworks.

After repeatedly drawing negative attention for breaking open meeting laws and other missteps, the current board is turning things around according to Ledon, but he says heavy criticism remains due to a lack of communication with families and other community members.

That’s something he would like to change if elected.

Read more from our media partner, Reno Public Radio: Washoe School Board President Is The Only Incumbent Running | KUNR