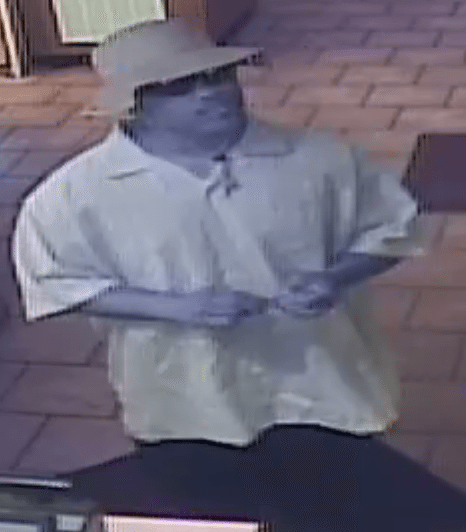 The Reno Police Department is seeking information about a robber of both Jackson’s Food Stores and a local favorite, the Super Burrito on East Plumb Lane.

According to RPD, “Officers were told the suspect entered the store and demanded the money from the register while displaying a handgun which was tucked in the suspect’s waistband. The suspect received an undisclosed amount of money and fled the store.”

About 45 minutes later, at 9 pm, local favorite burrito drive-through, Super Burrito, drew the attention of police on a report of an armed robbery.

A similar-looking suspect from the Jackson’s Food Stores entered the awesome Plumb Lane Super Burrito and demanded money from the clerk.

“The suspect displayed a handgun which was tucked in his waistband while making the demands. The suspect exited the restaurant with an undisclosed amount of money and fled to a waiting vehicle which was occupied by at least one additional person,” according to RPD.

The suspect is described as being in his 20s, about 5’8″ tall with a large build.

Anyone with any information about these robberies is asked to contact the Reno Police Robbery Homicide Unit at (775) 334-2188, Secret Witness at 322-4900, www.secretwitness.com.