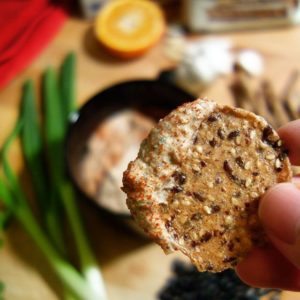 A gluten-free snack company is opening a new manufacturing facility in Reno and plans to relocate its headquarters here by fall.

Mary’s Gone Crackers announced today that it intends to hire more than 200 employees by 2018. The company, founded in 2004, sells organic and gluten free crackers that it exports to Canada, Mexico, the UK, Europe and Australia.

“Today, nearly 30 percent of adults in this country are actively trying to reduce or eliminate gluten from their diets. This is not a fad. It’s a $15 billion movement,” said Mary Waldner, founder and chairman of Mary’s Gone Crackers. “We bake organic, gluten free, vegan crackers, cookies and pretzels with whole grains, flours and seeds that are full-flavored, crave-able and deeply satisfying.”

“Northern Nevada’s economic recovery depends on putting our community back to work,” he said. “Mary’s Gone Crackers is committed to bringing hundreds of jobs to our area, and we’re excited to see them contribute to Reno’s growth.”

The company’s new 420,000 square-foot facility will be located in the North Valleys Commerce Center.