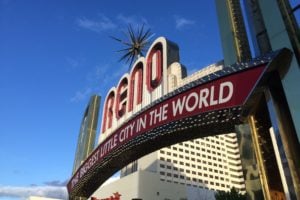 A strategic plan and framework for a downtown action plan that involved community input was approved Friday by the Reno City Council.

Priority areas of the strategic plan are as follows:

City Manager Andrew Clinger explained components of each during a presentation to council members. For example, he said the business environment needs to be predictable with timely processes and appropriate fees.

“We want to continue to attract the entrepreneurs and the high tech companies, and what they’re looking for in a lot of cases is efficiency,” Clinger said.

Councilwoman Jenny Brekhus said resolving regional conflict in regard to land use and further addressing an economic plan is needed.

“What are our city of Reno economic development strategies? We have not gone there,” Brekhus said. “I think we need an honest discussion. Maybe it’s having great infrastructure, maybe it’s having a great zoning code, maybe it’s subsidy of TIF (tax increment financing) for some numbers.

“If we’re not ahead of area planning out of Verdi and the North Valleys or wherever, it’ll be developer driven and we won’t be ready for the infrastructure, so there’s not doubt in my mind that’s in our future.”

The top priority downtown should be improving its appearance, according to public surveys. Council members acknowledged that’s not an easy feat, especially with the weekly motels.

To manage the homeless population, it’s important to create places for them to reside, preferably outside of downtown, Councilman Paul McKenzie said.

“A lot of the image that’s created to the visitor and to the people about downtown is created by a population we have that distracts from what’s positive,” McKenzie said. “No matter what we do positive downtown, until we find a solution to that major problem within our community, we’re not going to eliminate the feeling it’s not safe downtown, that it’s not walkable, that it’s dirty. Those things are created by a population we have to figure out a solution for.”

The City Council is expected to hear quarterly updates on the strategic initiatives.