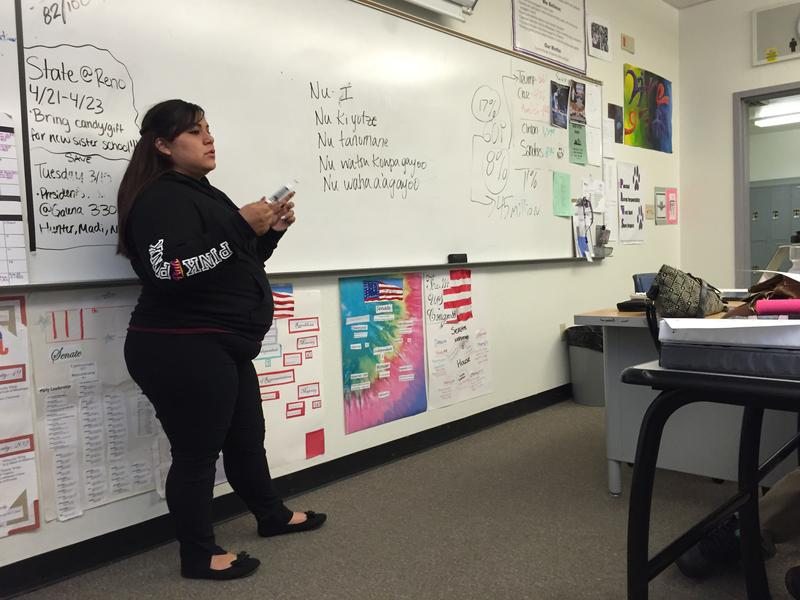 Students from three Reno high schools will compete in a Paiute language competition next week. As Reno Public Radio’s Julia Ritchey reports, the students are part of a critical effort to preserve the endangered language.

“I’m going to assign you an animal, and what you’re going to do is write clues as to what animal you are…”

Instructor Emma Williams is leading a class of about a dozen students at Spanish Springs High School in a Paiute language lesson based on the Pyramid Lake dialect.

The Washoe County School District began offering Paiute language classes about 10 years ago at Spanish Springs at the request of Native students. The program has since grown to two other schools, including Reed High and North Valleys.

Williams was actually a former student in one of the classes and is now teaching it to the next generation.