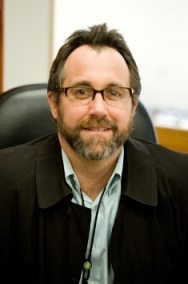 The Washoe County Public Defender’s Office is seeing a huge rise in its caseload, especially for issues related to mental illness.

The office is charged with defending those who cannot afford legal counsel and is asking the Board of County Commissioners for a budget increase because its resources are stretched thin.

“We are at the top level of capacity,” said Public Defender Jeremy Bosler.

“We’ve seen a increase in criminal cases on all levels,” Bosler said. “I don’t want that to be taken to mean that crime is increasing across Washoe County — it just means that more cases are being handled by the Public Defender’s Office.”

The office’s largest increase is in mental health cases involving involuntary commitments where the state or a hospital tries to place somebody in Northern Nevada Adult Mental Health Services alleging that they have a mental illness, which makes them a danger to themselves or the community.

“Our best estimate is that it’s a byproduct of the Affordable Care Act — more people accessing mental health services because they’re available to them,” Bosler said. “They may be indigent, and they may exhaust their resources in the community. If they can’t get sufficient treatment for their condition, they may be committed to the hospital (against their will).

“That is a constitutional liberty interest that has to be protected, and that’s where the right to counsel (comes in).”

The office reports to the Washoe County Board of County Commissioners.

Public defender hosts judges from around the world