Man Who Exposed Himself to Female Juveniles Arrested 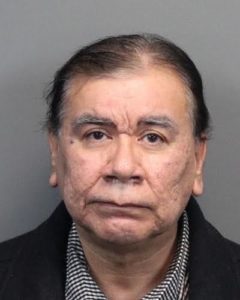 Reno Police Department Detectives and Officers with the Washoe County School District Police have been investigating several cases involving a man exposing himself to female juveniles.

The juveniles told investigators that, in five cases, as they walked home alone from school, a man approached them in a ’90s light-brown, 4-door car.

The man would call to the juveniles, engage them in conversation and would then expose himself.

Reno Police were able to follow several leads and identified a suspect in these incidents.