County Manager Receives Positive Reviews from Board of Commissioners 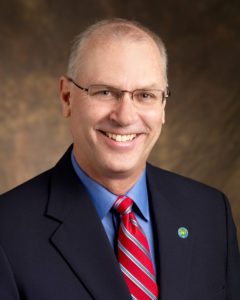 Slaughter’s performance evaluation was conducted today in public. Six people were in the audience during the evaluation.

Slaughter credited county employees by calling them a great team.

He was also given a $10,000 bonus with 10 percent to be donated a county employee recognition program.

Slaughter was selected as manager October 22, 2013.