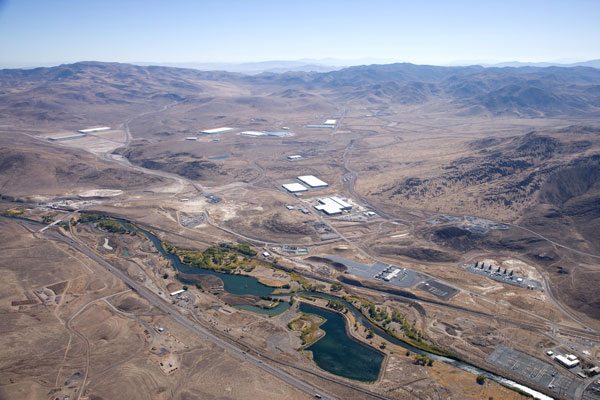 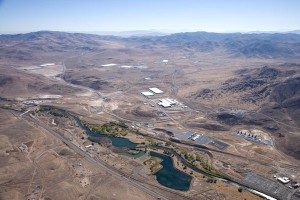 The winning streak continues for the nation’s largest industrial and technology center with the recent announcement of Switch building its largest data center at the Tahoe Reno Industrial Center (TRI Center) just east of Reno, NV.

Grading is underway at Switch’s 3 million square foot SUPERNAP data center at the Storey County, NV TRI Center, less than a year after Tesla Motors began construction of its $5 billion lithium-ion cell fabrication and battery assembly gigafactory at the Center.

The first, and largest, phase of the 1,000-acre Switch campus will feature a 1.2 million square-foot data center that is scheduled to open in early 2016. E-commerce giant eBay Inc. will be the anchor tenant for the SUPERNAP Reno, according to Switch. Ultimately, Switch says there will be 6-7 million square-feet of data storage infrastructure.

In the past 18 months the TRI Center has landed five companies and millions of square feet in new development. The recent Tesla and Switch announcements, along with companies such as AquaMetals, Ahern Rentals and Harris Industrial Gasses, are expected to bring more than 10,000 jobs to the Center in the next six years adding to the 5,000 employees already working at the Center’s businesses.

The TRI Center is the common denominator for unprecedented economic growth that is helping the northern Nevada region emerge from economic doldrums.

“TRI Center is an amazing economic development resource in the region.  It provides a unique blend of a cost effective industrial park in the logistical center of the West, with a pro-business government, a fast track permitting and construction process, in close proximity to the rapidly growing Reno-Sparks metro area,” said Mike Kazmierski, CEO of the regional economic development agency.  “There is nothing else like it in the U.S.,” he said.

“Available land, large tracts of it. Utilities and water that are in place, and a fast track approval and development process.” Norman said. “These are the competitive advantages we bring to the economic development landscape of Nevada.”

The TRI Center has large blocks of available land adjacent to major rail and highway infrastructure. More than 80,000 acres (a little more than three times the size of San Francisco) remain ready for development at the site which spreads through the Virginia Range adjacent to the historic McCarran Ranch. More than 170 companies now call the TRI Center home and they just occupy 25 percent of the development’s original footprint.

“There is a well thought out, comprehensive land use plan where all the hard work has been done up front,” Gilman said. “There are very few hurdles for construction. Storey County has essentially pre-approved all entitlements which allows site grading to begin even during escrow. No residential properties inside the Center, and the lack of any overwhelming environmental issues also lend to the fast track environment.”

The third element is perhaps the most advantageous for the TRI Center: a wide variety of available power options. Solar is helping power many of the existing projects and geothermal is available on the NV Energy grid for companies wishing to tap into that form of renewable energy. Inside the TRI Center is a co-generation natural gas power plant with jus over 1,000mw of capacity.

Industrial water is being addressed through a planned re-use program that is also more cost effective than fully-potable water sources and perfect for cooling issues that are presented by new technology companies, Gilman said.

Reno City Council members on Wednesday approved more than $23 million in requests for federal funding to cover ambulance transport, both to cover costs for services already provided and for another four years. The council also approved phase two funding of $35 million for the Moana pool.

The Washoe County Health District this week announced another local business with products to avoid because the food has not been inspected.

Washoe County’s Board of County Commissioners on Wednesday approved for county staff to continue regionalizing the community’s emergency dispatch system.