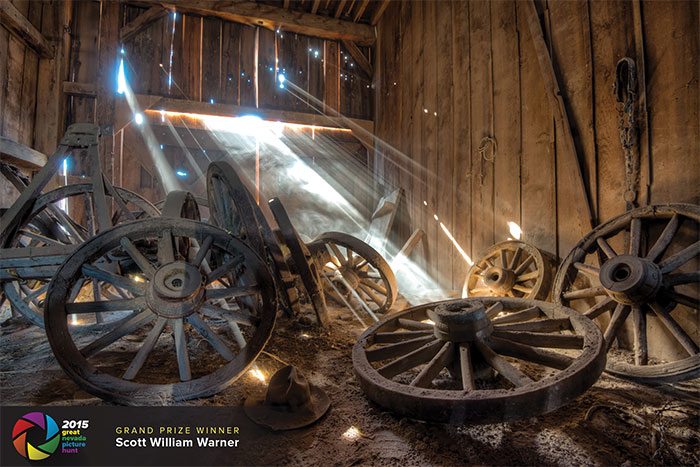 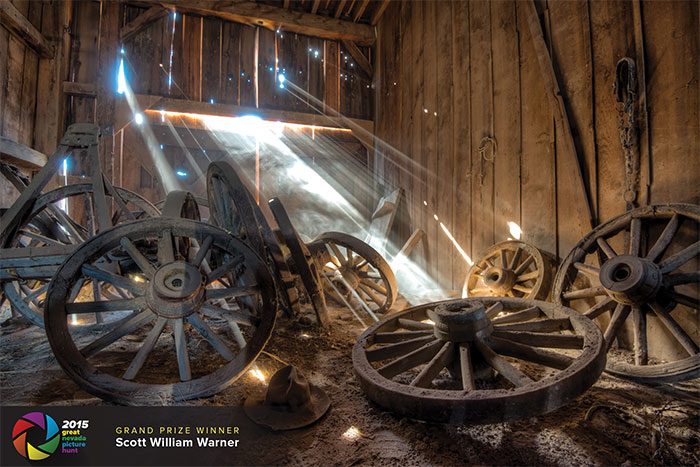 Nevada Magazine’s 2015 Great Nevada Picture Hunt is now complete. The Grand Prize winner of this year’s hunt is Scott William Warner of Carson City, who astounded judges with his shot “Inside Barn.” His shot, along with all winners in the 2015 hunt, can be viewed in the September/October issue of Nevada Magazine and at nevadamagazine.com.

For 38 years, Nevada Magazine has highlighted the most beautiful images from around the Silver State, captured by local photographers. Each year, amateur and professional photographers are encouraged to submit photos of Nevada’s wonderful scenery and people.

Prizes were awarded for the best photo in each category, plus a Grand Prize winner. Photographers were allowed enter up to 10 photos in this year’s contest.