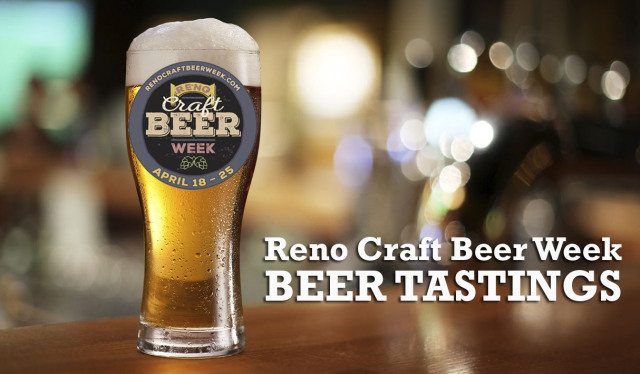 The main purpose of Reno Craft Beer Week is to try new beer. Many of the events below feature one-of-a-kind brews that won’t be available after the week ends. Check out this list of larger events and stay tuned for more guides to navigating Reno Craft Beer Week.

Brewer’s Cabinet will host a slew of breweries that will pour uncommon beers, many created specifically for this festival. Attendees are invited to challenge their tastebuds and their ideas of what beer should taste like. Enjoy live music and BBQ while sampling strange brews. Participating breweries include:

Live from the Barrel: Pharaoh Sour Ale at The Brewer’s Cabinet

The Brewer’s Cabinet will tap a wood cask from their sour program that has been sitting for two years. They’ll be pouring their Pharaoh Sour Ale straight from the cask.

San Leandro, California-based Drake’s Brewing teamed up with Great Basin Brewing Co. to brew a Belgian Dubbel just for Reno Craft Beer Week. Both crews will be on deck at the Spark’s brewpub to tap the first keg.

Ole Bridge Pub is celebrating its expanded tap handle lineup with an all-day beer release event. Two new pours will be available every hour as attendees enjoy a variety of rare beers on tap.

100 homebrewers will compete at this year’s Backwash for People’s Choice and Brewer’s Choice awards. Local breweries will also attend to provide samples of their best brews. This event is a fundraiser for Project Great Outdoors, a non-profit organization that guides youth toward broader perspectives and self-discovery through adventures in the great outdoors. Click here for more information about Backwash.