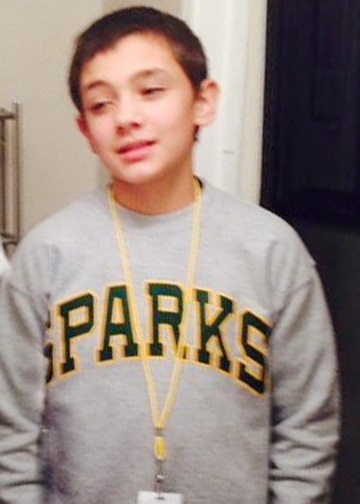 There was a commercial burglary on Kietzke Lane. Employees arrived to find the glass door broken, and the ATM and vending machines has been stolen. The total loss has not been disclosed and there are no suspects at this time.

At 11:30 p.m., there was an attempted robbery at Nevada State Bank at 500 E. Prater Way. The victim was doing a work-related night deposit when she was approached by a subject wielding a handgun. The victim threw the bag in her car before driving off as the suspect banged on the vehicle with the gun. He eventually gave up and the victim escaped without injury and no loss of money. The suspect is described as male, wearing a hooded sweatshirt, knit hat, and jeans. It’s possible there is a second suspect, but that isn’t confirmed at this time.

Just before 7 p.m., a male victim was found dead in his apartment at West 11th Street. Reno police found he had suffered fatal injuries in what is believed to be a homicide. Reno Robbery and Homicide is currently handling the investigation. Despite the proximity to UNR, it is not believed the death is related to any of the students or faculty. The deceased will be identified once next of kin have been notified. Update: The man has been identified as David Sims.

Vincent Reynolds, a 13-year-old Sun Valley resident, went missing from the area of Donatello Drive and Cezanne Court around 10:30 in the morning. He was later found safe.

There was an attempted commercial burglary at a business on South Virginia Street. An employee arrived to find the suspect in the back room of the business. On investigation, the suspect pushed past the employee and fled. There was no loss reported. The suspect is described as a white male adult, mid 20s, 5’6”-5’7”, last seen wearing a tan and gray camo jacket and hat with flaps.

Sixty-nine year old Dwight Lee Edwards has been identified as a Tier III Sex Offender. He is homeless and staying in the area of Fourth and Record Streets; he is currently unemployed and not being supervised by the State of Nevada. Edwards is in compliance with all sex offender laws and not currently wanted by law enforcement.

Around 2:30 p.m. there were reports of a man with a handgun chasing a woman near the AM/PM at 1701 Victorian Avenue. The suspect was seen driving a red Toyota sedan and the woman was on foot. An officer stopped the vehicle at Pyramid and C, but the suspect managed to escape, abandoning the car at 5th and D Streets. The suspect has been identified as Jerry Frances Bartes. He will be booked for Felony DUI (his 4th arrest for DUI), Obstructing, Failure to Yield to an Emergency Vehicle, Possession of Drug Paraphernalia, No insurance, and Driving on a Suspended License.

Officers responded to a report of shots being fired on Majestic Drive. Shell casings were discovered at the scene. There were no reported injuries and the investigation is ongoing.

There was a report of a robbery and grand theft auto at Yori and Galloway. The victim exited his vehicle, going to talk to a family member in another vehicle, when the suspects arrived, beating the victims with crowbars and bats. The victim’s Jeep was stolen by one suspect while the other suspects fled in their vehicle. The suspects are described as four Hispanic adult males, 5’8”-6’, medium to heavy builds, last seen wearing hooded sweatshirts and caps with the LA logo. The victim’s Jeep is gold and doesn’t have license plates, and is still outstanding.

There was an armed robbery with a firearm on Evelyn. The victim had just dropped off a fare when the suspects approached, demanding money. The total loss has not been disclosed. The suspects are described as #1: black male adult, late teens to late 20s, 5’7”, thin build, last seen wearing a gray hooded sweatshirt and #2: possible black male adult, last seen wearing a hooded sweatshirt.

There was a residential burglary on Andrea Street. The victim returned home to find his window shattered by a BB gun and property stolen. There aren’t suspects at this time.