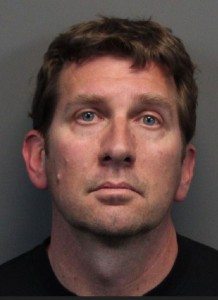 On July 19, 2014 the Reno Police Department received a report of a 16 year old female who believed that she had involved in the production of Child Pornography. She relayed that she contacted a local photographer via the Internet and was interested in modeling.

Upon continuation of this investigation, Detectives located images in the Defendant’s possession that corroborate the victim’s original account.

After review and analysis of the images, Detectives arrested the defendant on October 1, 2014 where he was booked into the Washoe County Jail for the following charges without bail:

The defendant is identified as: Marc Anthony Smith 03/11/1966 of Bakersfield California.