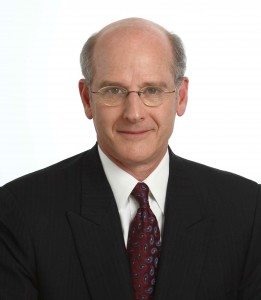 “Welcome to the Great Conversation: Building Public Support for Public Schools One Community at a Time” presented by Jamie Vollmer, president of Vollmer, Inc., will be the keynote presentation at this month’s WIN breakfast meeting. WIN will be held Friday, Sept. 26 at 7 a.m. in the Capri Ballroom at the Peppermill Resort and Casino. The networking event will be sponsored by Renown Health.

Once a harsh critic, he is now an articulate champion of America’s public schools and president of Vollmer, Inc., a public education advocacy firm. Over the last twenty years he has worked with educators, parents, and community leaders to remove the obstacles to student success.

With a background in law and manufacturing, Vollmer entered the education arena in 1988 as a founding member of the Iowa Business Roundtable. He was, at the time, president of the Great Midwestern Ice Cream Company, named by People magazine as the “Best Ice Cream in America!” In 1990, he changed careers to become the Roundtable’s executive director.

Vollmer is the author of the highly acclaimed book, “Schools Cannot Do It Alone,” proclaimed by the American School Board Journal as one of the “top ten books of the year.” In addition to his book and numerous articles, Vollmer has written and produced the videos, The Ever Increasing Burden on America’s Public Schools, Why Our Schools Need to Change, and Teachers are Heroes.

In 2012, he was named the Friend of Texas Public Schools, and the Friend of Ohio Public Education. He is the 2010 recipient of the Learning and Liberty award presented by the National School Public Relations Association for his efforts to build trust and support for public schools.

Vollmer holds a Juris Doctor from Catholic University, and a B.A. from Penn State.