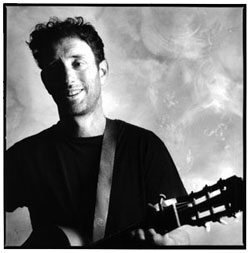 Richman, founder of the proto­‐punk band Modern Lovers, is credited as one of the founders of punk. His obsession with the Velvet Underground in the ’60s led him to New York to begin his musical career. The Modern Lovers — comprised of members who would go on to form Talking Heads and the Cars — helped pave the path for what would become punk, new wave and alternative indie music.

Richman has been covered by David Bowie, Joan Jett, Sex Pistols, Echo and the Bunnymen, Siouxsie and the Banshees, Superchunk, John Cale, Iggy Pop, MIA and more. Most recently, he’s appeared on the Conan O’Brien shows and as the troubadour in the tree in the Farrelly Brother’s 1998 film, There’s Something About Mary.

“Getting Jonathan Richman has been on my bucket list—it’s something I’ve been trying to do for forever and I can’t tell you how excited I am to have him at Holland and performing such an intimate show,” said Clark Demeritt, Holland Project music director. “He’s long been one of my musical heroes and has influenced so many of my favorite bands and artists, this is a huge feat for not only for Holland and for Reno, but for multiple generations of music fans and lovers.”

Cost: $12 (available at www.hollandreno.org/events/jonathan-­‐richman or at Bibo Coffee Co. on Record Street)

For more information on Jonathan Richman at the Holland Project, please contact Clark Demeritt at [email protected], or visit www.hollandreno.org.