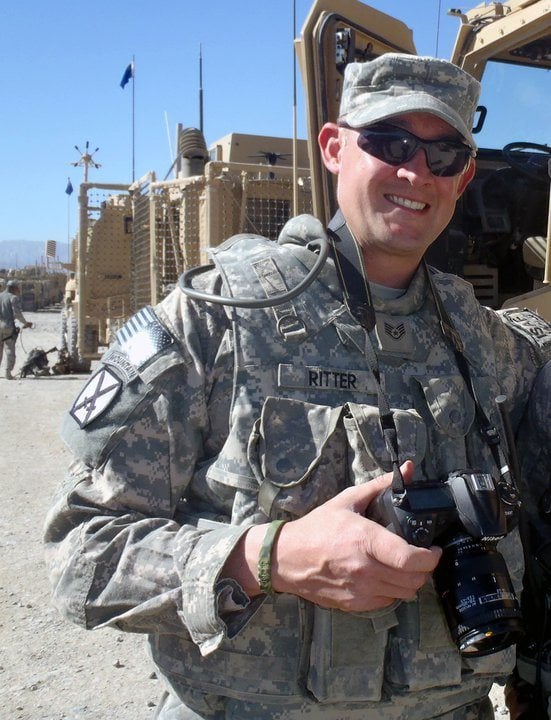 CIRCUS CIRCUS NEWS RELEASE – For Eric Ritter, working for Circus Circus Reno was the next stop in his quest for adventure from almost 18 years in the military. With nine years active duty in the Navy, three years in the Army National Guard and six years in the Nevada Air National Guard, Eric tried a little bit of everything. He held a public affairs role in every branch he worked in, which encompassed journalism, broadcasting, combat photography and other combined presentations of information. He traveled to 44 different countries before calling Nevada home.

A New Jersey native, Eric moved to Lancaster, Pa. in search of better employment. Finding only McDonald’s, he worked there before a local radio manager hired him on the spot as an on-air personality because of his voice talent through the drive-thru. From there, he worked hectic hours in television and radio, working as a video photographer, voicing over-night radio shows and producing voice-overs for commercials.

In 1998 he was assigned to his first duty station on board the aircraft carrier USS Enterprise where he spent several years supporting operations in the Middle East and Kosovo. After that, he was stationed at the Naval Air Station in Fallon. After a few years there, he volunteered for duty in the Middle East to support the mission in Iraq. He traveled in a public relations capacity in order to show how the U.S. military handled proper safety preparations for the first free Iraqi elections held in the country’s history. Eric also deployed with the Nevada National Guard to volatile areas of Afghanistan in 2011. Eric’s role was to document how the team of Guard members taught Afghan farmers how to create a legitimate living through farming.

Eric recently joined the Circus Circus Reno team as a marketing specialist, focusing on design and signage. He currently holds two associates degrees—one in public relations and the other in general studies. He is working toward a bachelor’s degree in business management through Grand Canyon University.

“I joined Circus Circus Reno because of the property’s reputation. I’ve lived in this area for 13 years and have loved Circus Circus throughout that time,” said Eric. “This is a great opportunity and I loved the military acceptance. When I came down for the interview, I saw the Military Day signage and I was hooked.”

Circus Circus Reno is an MGM Resorts International® Destination with six unique dining options. Enjoy the free circus acts at the midway as well as games for all ages. For more information visit circusreno.com, find on Facebook, friend on Foursquare, follow on Twitter, text “CCR” to 86318, download our Mobile app or call 775-329-0711.