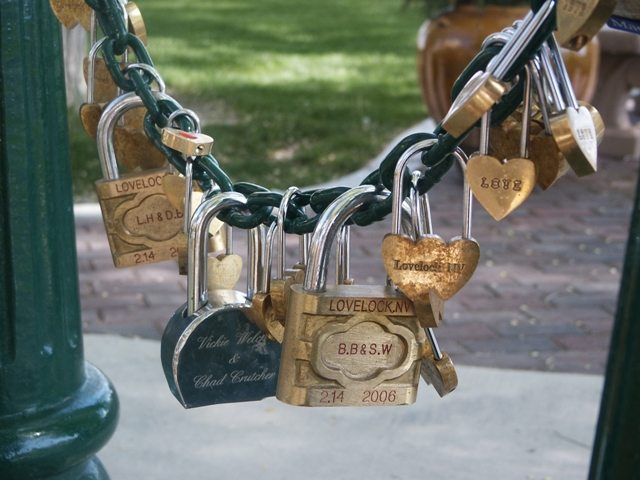 The Nevada Commission on Tourism granted $15,500 to the Pershing County Chamber of Commerce to purchase materials for its “Lock Your Love” tourism promotion.

Eighteen grants under the Projects Relating to Tourism program were awarded, funding a range of initiatives from enhanced signage to facilities improvements to display cases for museum exhibits.

“These grants give Nevada’s rural communities the ability to make  important infrastructure improvements that will increase tourism, which is so crucial to our economy and which generated $2.7 billion in state and local tax revenue in 2012,” Krolicki, NCOT chairman, said. “Without these grants, many of these worthy projects might never be completed. These types of projects are also given priority because other sources of funding are unavailable.”

“Nevada is seeing a rise in the number of visitors to all areas of the state, and we must ensure that our rural areas can support the increase with its infrastructure,” Claudia Vecchio, director of the Department of Tourism and Cultural Affairs, said. “The grants programs are just one way that the commission supports Nevada’s tourism industry, which is so vital to the state’s economy.”

Among the funded Projects Relating to Tourism grants:

The Nevada Commission on Tourism (NCOT) is part of the Nevada Department of Tourism and Cultural Affairs. NCOT is responsible for promoting and marketing Nevada as a travel destination to domestic and international travelers. Operating within a performance-based budget structure, NCOT is funded solely by a percentage of lodging tax paid by overnight guests throughout the state. For more, visit  www.TravelNevada.biz.