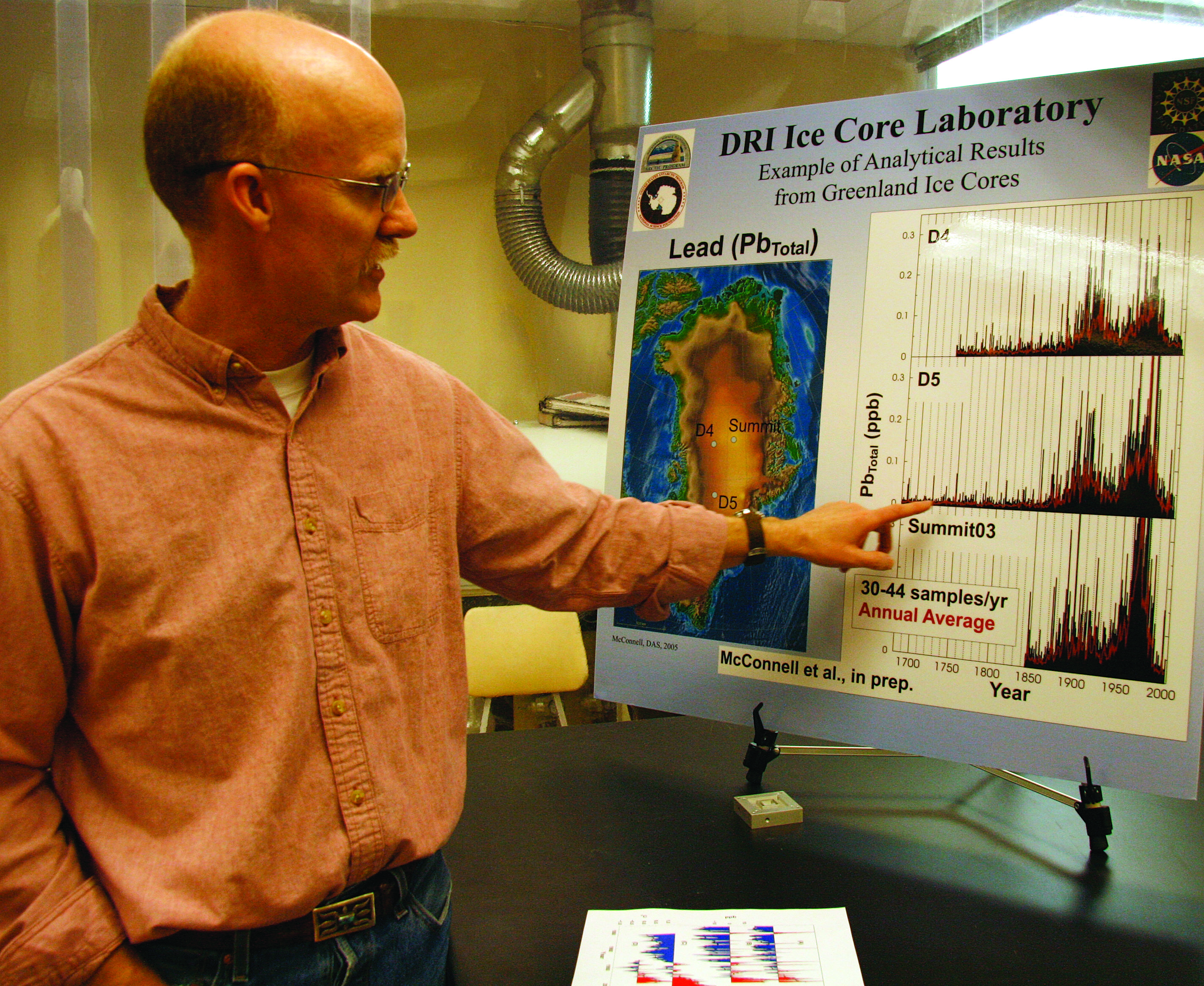 DRI NEWS — The Arctic is the most rapidly warming region of the globe, but warming has not been uniform and the drivers behind this warming not fully understood even during the 20th century.

A new study utilizing historic aerosol records contained in ice cores collected and analyzed by a team of international researchers working at the Desert Research Institute in Reno, Nevada, suggests that both anthropogenic and natural factors – specifically sulphate aerosols from industrial activity and volcanic emissions, in addition to greenhouse gas releases from fossil fuel burning – account for Arctic surface temperature variations from 1900 to the present day.

The study, published in Scientific Reports, a primary research publication from the publishers of Nature, identifies that contributions from greenhouse gas and aerosol emissions, along with explosive volcanic eruptions, explain most of the observed variation in Arctic surface temperature over the last century.

The study was co-authored by a group of Canadian investigators and local researcher Joe McConnell, a hydro-geologist at DRI who has more than a decade of experience working on ice core chemistry, snow hydrology, paleo-climatology and glaciology.

“Unlike greenhouse gases, aerosols are short-lived in the atmosphere.” said McConnell, who oversees DRI’s unique ultra-trace chemical laboratory where ice cores are melted and analyzed in a continuous, real-time system. “In order to understand their role in global climate you have to employ an array of sample sites and measurements. The records used in this study are part of a much larger array of historical aerosol records we are developing from ice cores collected from throughout the Earth’s polar regions.”

The authors attribute warming from 1900-1939 to rapidly rising black carbon emissions, diminishing influence of the Santa Maria volcanic eruption in 1902, and warming North Atlantic sea surface temperatures. Cooling from 1939 to 1970 is attributed to cooling from anthropogenic sulfate aerosol emissions the Agung volcanic eruption in 1963, and falling North Atlantic surface temperatures.

Understanding the causes of Arctic climate change during this period is critical, said McConnell, because of the associated environmental and economic impacts around the world.